They look so familiar. I might still have them, buried in a box somewhere with my Ph.D. diploma and a pile of old similarly irrelevant papers. 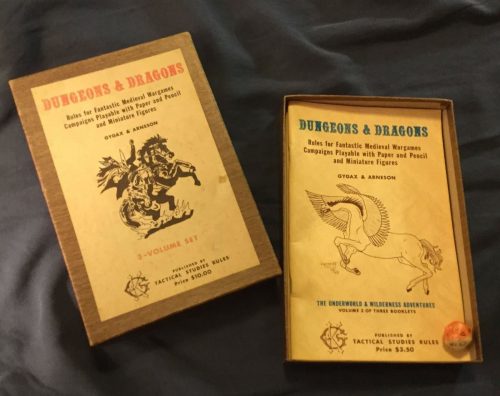 The photo comes from an article on the history of Dungeons & Dragons that mostly takes Gary Gygax down a notch. It’s entertaining, I kind of suspect the tale of the deep dissent between the Wisconsin crowd and the Minnesota gamers is likely true, because even as a young man I heard rumors of the conflict, but mainly I took away these shocking points:

I’m going to take sides with the Arneson/story-teller idea, because my exposure to D&D in the ancient of days made it clear that the rules were better as a very loose framework for the story between the players to play out.

I’ll say one thing for the president, he inspires a lot of satire » « “Facts, not emotion”