In 1617, mathematician John Napier produced his bones, or rods, as a means of accurate multiplication and division.  These were improvements on earlier work by by Matrakci Nasuh and Fibonacci.  It was a huge step forward in accuracy and speed of computation for mathematicians and all scientists.  It allowed a simple, visual way to add numbers with single digit multiplication removed to prevent errors. 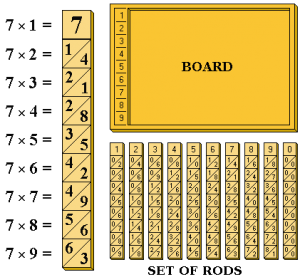 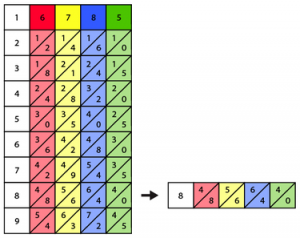 William Oughtred is credited for producing the first slide rule in 1622, as well as coining sine and cosine and “x” for multiplication.  The slide rule did not allow for as many digits of precision as Napier’s bones, but certainly increased the speed of mathematical calculation.  One can compute two 2-digit numbers faster with a slide rule than with a calculator. 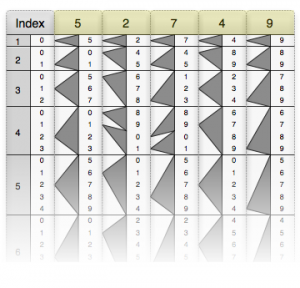 The images are taken from wikipedia.  The virtual slide rule is from Antiquark.