I wrote a post for the New Statesman on using public shaming and digital “mob justice” – even when aimed at those people we consider to be wrong. I’m unconvinced of public shaming as a tactic, in terms of “justice” – since one would hope that enforcing justice is itself considered in moral terms; that we don’t assume moral immunity because we’re responding to an injustice, but rather maintaining morality even while maintaining justice – in an unjust and often horrible world.

I don’t doubt public shaming is effective – but efficacy must be measured alongside other perhaps equally effective, but more moral responses and so on. My concern is that we can’t control how others respond and this is especially telling when original offences – say making a racist joke – is less bad than responses – calls for raping the offender.

There’s a lot to focus on, but this currently is my position regarding public shaming. It doesn’t mean we never act, only act better.

As if it’s not enough that I “defend” “racists” and hunters, I’m now defending the worst of them all… like, ever, totally: Nickelback. Kind of.

I guest-posted on my friend’s Guardian blog about musical taste and shaming (and still snuck in a big of bigotry about better music, I think? Er, oops?).

Anyway, science is fun. Don’t shame people for their music taste and don’t be ashamed, say, for liking pop music.

Related: How horrible my experience was in retail – as I’m sure it is and was for everyone – but at least it means I can sympathise with these (mostly) horrible stories.

The Huffington Post helpfully aggregated some common assertions and questions people make against childfree people (in their case, it was women they focused on). Anyway, I wrote a response to each one on Big Think. I added some snark.

Let me know if they’re questions or assertions you’ve got. And, also, how often do you get them, in comparison to men/women companions/friends/lovers.

Update: Love the responses and comments. Please do keep them coming. Fascinating.

I blogged a longish piece about the ethics of using your platform to target an individual, as we recently saw with Bill and Emma Keller targetting Lisa Adams; and, recently, Caleb Hannan “outing” Dr V for being born a different sex in a piece about golfing equipment. Not to mention how so many piled on Justine Sacco, Melissa Bachman, and so on. I really dislike how this occurs and wish platforms were recognised as unequal between people, especially in light of people’s identity (the internet is not, in fact, a fan of women or trans persons for example).

At the moment, in Cape Town, there’s a man threatening to jump to his death. Some are calling for him to jump.

I jotted down some thoughts about why suicide can be moral, but why that’s not the same as being part of a crowd yelling for him to leap to his death. And also oppose those who claim life is always worth living.

So there’s this thing called the Golden Globes, in which awards are given out to famous people for doing things for which they’re famous for: i.e. pretending to be other people on television. Famous people arrive, wearing clothes that cost an amount more than you or I will ever spend in several years, to an event to celebrate make-believe. An event where famous people sit for hours, listening to their colleagues name genres, then name names, then give awards – again and again and again – with shots of bored performers interspersed with laughter or smiles.

Of course, where there’s famous people, reporting – sorry “reporting” – is sure to follow. 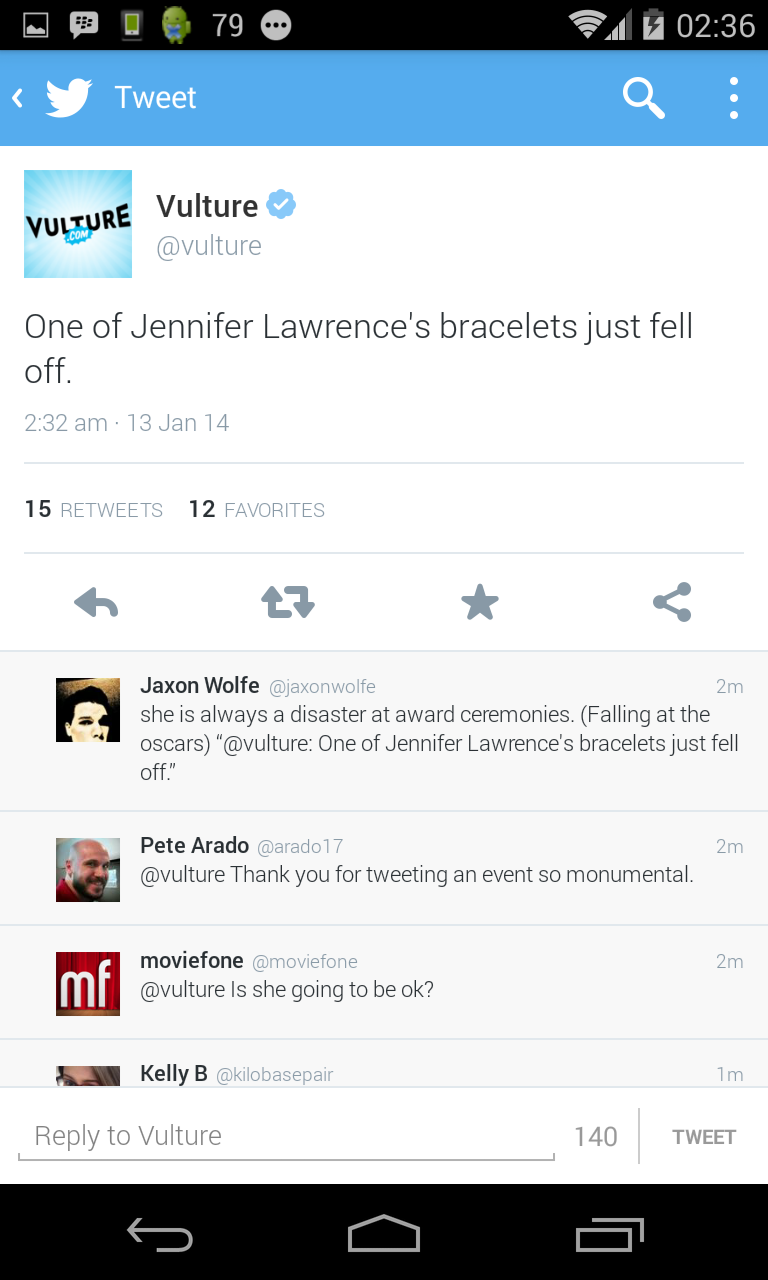 Oh dear god no. Please, won’t someone do something! 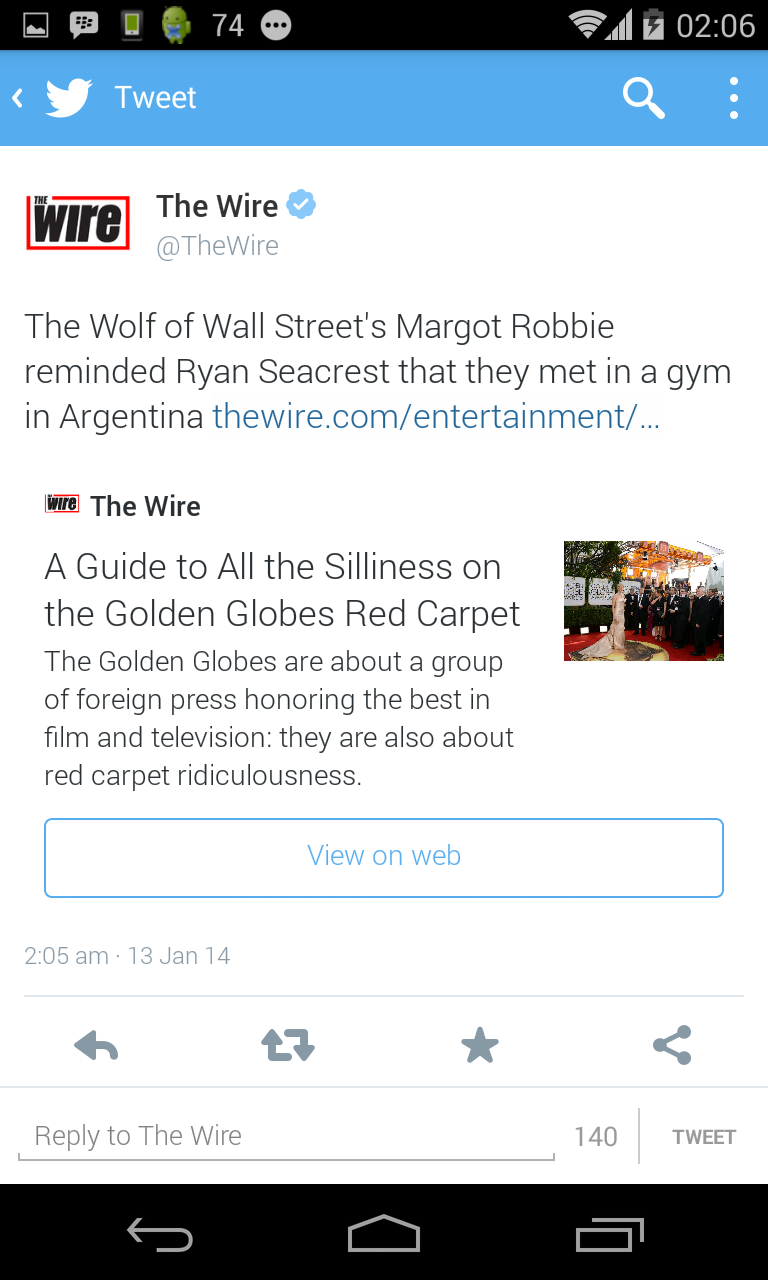 Things got fantastically weird and idiotic – more so – when E! revealed it didn’t know how language worked – or perhaps did know, since anything they reported just was “fun”. 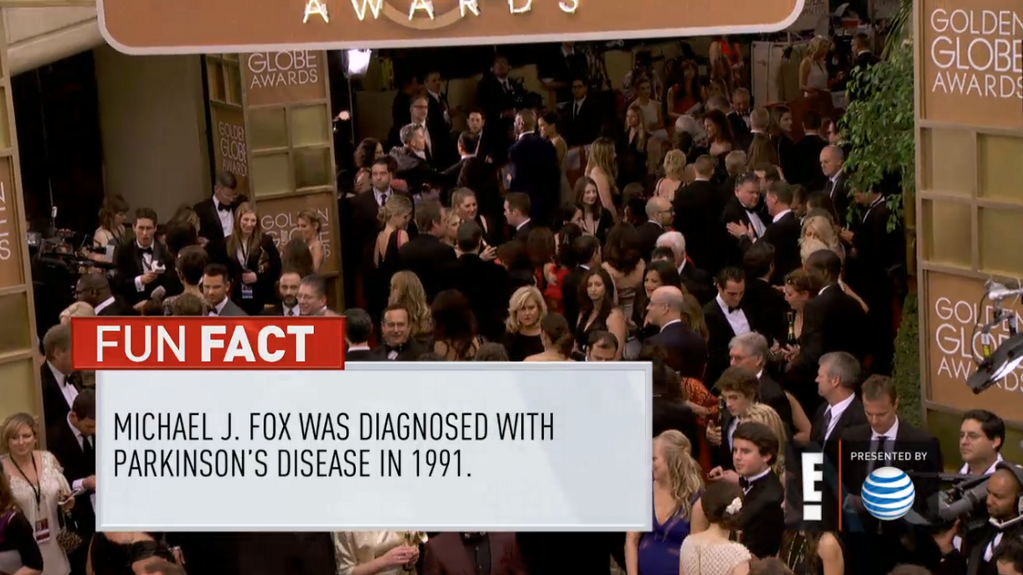 And if that wasn’t enough, they had a gritty sequel. 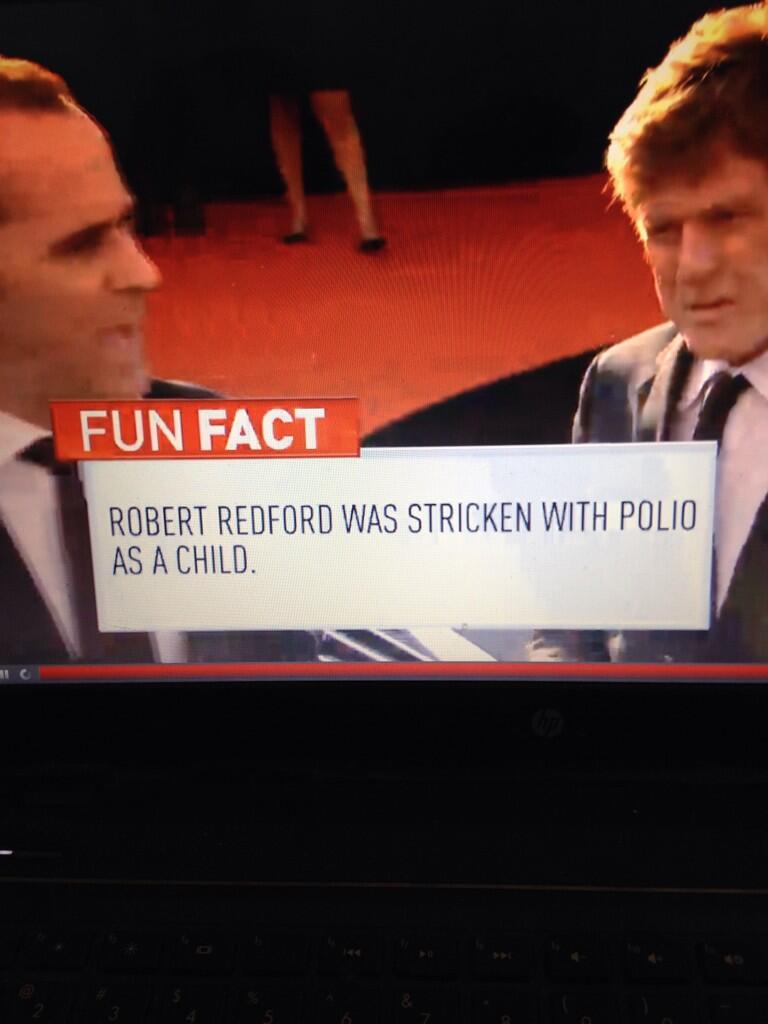 This was followed by “FUN FACT: WE ALL DIE ALONE”, “FUN FACT: CHILDREN DIE OF STARVATION WHILE OTHERS DIE FROM OVEREATING”, and “FUN FACT: EVERYTHING ENDS, ALL IS FORGOTTEN, EFFORT IS MEANINGLESS IN THE VOID OF NOTHING AND SUFFERING.”

The creepy obsession had a moment of self-realisation which was soon forgotten, as Gawker, who had been reporting on this non-event since it began Tweeted:

“We know this is a boring, stupid event, but we’re going to keep reporting on it anyway for your viewing pleasure because we need to meet the demands of our advertisers and viewership.” How cynical and insulting.

I love that we celebrate creative genius and brilliance; indeed, creativity is essential to any person, no doubt, each of whom likes a variety of creative mediums. TV is no different: Look how Breaking Bad worked Dostoevksyian magic and genius into itself and was the darling of TV critics; look how so many are enanmoured with BBC’s Sherlock with its wonderful plots and exquisite cinematography.

What I hate about celebrity culture is how we’ve turned celebration of the art into obsession of the performers. Yes, let’s award them as we do even for scientists. But, at the very least, can we question the purpose of the red carpet? Are we really reporting on famous people walking to an even more boring event? Are we really so cynical about what audiences do and should enjoy that we focus on what women are wearing rather than on how they did their art proud? Why do we celebrate or tolerate the creepy fawning and nitpicking and brazen abandonment of reason when it comes to celebrities? They’re walking down a carpet. Walking. Down. A carpet.

I’ve had enough of this and I hope more of you do too. Those sites whose Tweets I’ve captured have great content, but they morph into Mr Hydes of creepy stupidity and banality when awards happen. So do some people. We need to point out how stupid this is, because the performances and the art itself matter more. Let’s celebrate the art and artists for the actual wonder and joy they bring; not the dress they’re wearing or how much jewellery they’re dropping.

My latest for the Guardian, I engage with some reasons and thoughts behind why we should get married.

Spoiler: I’m not in favour.

Lou Dobbs described a Pew Research study that found an increase in female breadwinners as full of “concerning and troubling statistics.” Dobbs said the study was suggestive of “society dissolv[ing] around us.”

On the June 20 edition of Fox News’ Hannity, frequent Fox guest and conservative radio host Bill Cunningham shouted down Fox contributor Tamara Holder during a debate saying, “You shut up. Know your role and shut your mouth” and asking if she was “going to cry”

On the November 18 edition of Fox Business’ Varney & Co, host Stuart Varney wondered, “Is there something about the female brain that is a deterrent for getting on board with tech?”

On his radio show, Rush Limbaugh offered his “suggestion” to avoid being accused of sexual harassment: “You walk up to the woman and say, ‘Will you please ask your breasts to stop staring at my eyes?'”

And so on and so on. Horrible.