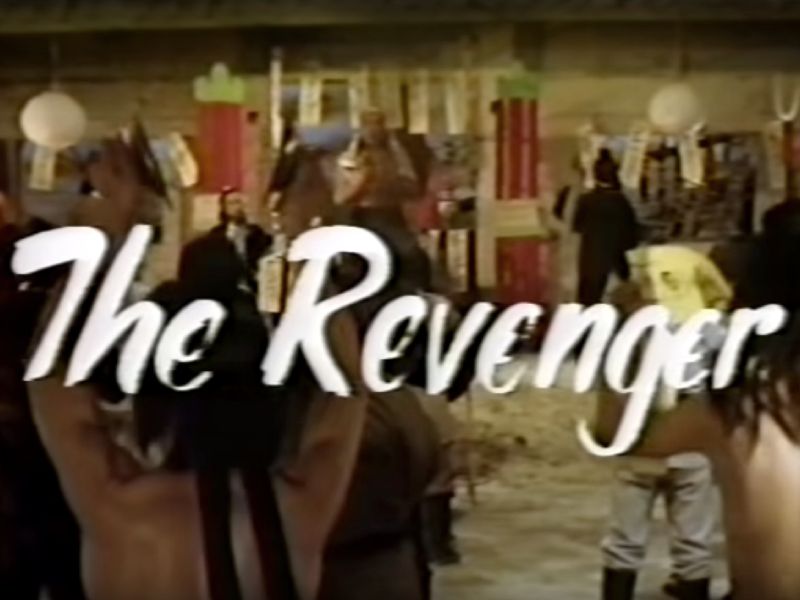 There’s this horrible kung fu movie I keep coming back to, in English called “The Revenger,” starring the lovely Ti Lung.  There are two things that compel me to watch it again.  First and foremost, the voice actor for the lead in the English dub is spectacularly degenerate.  I love him.  I don’t know if I’d even say he’s a bad actor; he can put the emotion on that he’s supposed to be conveying, sometimes even a subtle attitude of sass or menace.  But he sounds like his cheeks are full of cottonballs, and anything that has to be shouted comes out completely bizarre.  My fave line to say in his voice, “I’ve come for my father’s bones!”  Love that shit.  (Spoiler alert?  None of you are going to watch this, or if you start, you won’t make it to the end.) 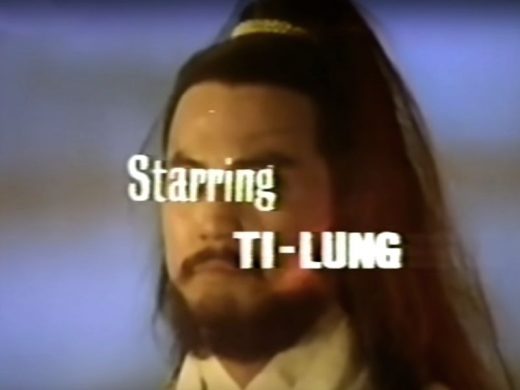 Second, it’s a Chinese perspective on individualism vs. collectivism, personal principles vs. social harmony.  I am missing a lot of context, possibly all of the context, but if I can ever tumble to it, maybe the movie will help me understand how at least some Chinese people really feel about all that Confucius shit.  Here’s what I do get…

There were some competing philosophies of how to have the best society, early in Chinese history.  The idea that won out, to the extent it informs people even in other countries of the “Sinosphere,” was Confucianism.  The principles are pretty similar to the Old Testament, particulars about food and slaughter aside.  Obey the government, obey your family, everybody be righteous at all times or get squashed.  If you love Confucius and think I’m getting something wrong, feel free to take a dump in my comments.  I might even allow it out of moderation.

Side note: Western techno-fascist shitbird wannabe cult leader “Mencius Moldbug” named himself after a huge Confucius fanboy that helped his teachings proliferate, kind of the Plato to his Socrates, though I think the relationship was less direct.

Collectivism is a general way of doing things, common in many countries outside the West (especially in Asia, I don’t know about Africa or indigenous America), that prioritizes societal needs over the individual.  The only go-to version from Western culture I can think of is that Vulcan saying from Star Trek, “The needs of the many outweigh the needs of the individual or the few.”  It’s telling in Star Trek that philosophy was always being tested and contested when it came up, because…

Individualism is the general way of doing things in the West, especially America since Ronald Reagan, which prioritizes the needs of the individual over those of society.  Within my American heart, this definitely has an edge, though they both exist in a balance.  I love this interview with Einsturzende Neubaten’s Blixa Bargeld where he says, “I was only trying to establish myself and my individualism as anarchically and radically as possible.”  That’s gonna be my excuse for everything for the rest of my life. 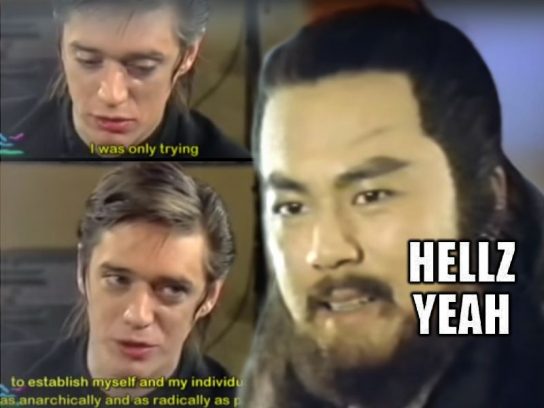 As much as I’d love to be a radical, almost everything in life seems to have a moderate answer, a question, a caveat, some reason you can’t reasonably be absolute about it.  The well-being of society is crucial to our collective survival.  The well-being of an individual is paramount because we are all alone within ourselves, never having been given a choice about whether or not to exist, and we should be able to live our lives in our own way, as long as it causes no harm to others.

And within SJW circles we are approaching that from a Western perspective regardless of how much we want to “decolonize our minds.”  Self-care babe.  Disability activism is a huge component of progressive discourse, but a seldom discussed aspect of that is conflicting access.  What works for one disabled person may be poison to another, perfect access for everybody at all times is impossible, though it is a reasonable thing to aspire to.  Within that issue of conflicting access, we see this: who’s individual needs are more important?  When is it reasonable to consider the needs of the majority?  What if (this will be utterly foolish, bear with me) the trolley being made accessible to this one disabled guy causes five non-disabled guys to be 25% more likely to get hit by a trolley?

So this has become a recurring theme of art, to the point that it’s a running joke every artist statement claims their piece is about “The Individual vs. Society.”  And “The Revenger,” at least in the first half, is about exactly that.  Ti Lung’s character is a buff kung fu master who lives by his own rules.  When he encounters a religious charlatan taking people’s money to lead them in a hokey ritual, he busts up the joint.  With kung fu.  (This moment early in the film will make all movement skeptics instantly orgasm.)  When he meets young lovers fleeing the gal’s arranged marriage, he busts up the coercive groom.  With kung fu. 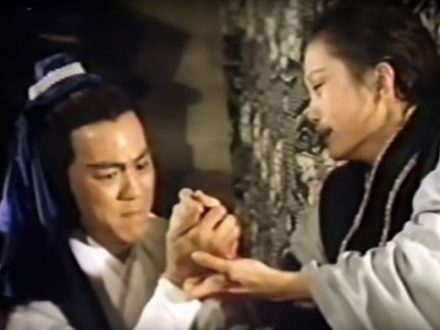 Living in this way he makes a lot of enemies.  Those enemies are leaders of men – clans, businesses, religious groups, etc. – and while plotting to get back at him, they make the reasonable argument this is for social order, for harmony in society.  Whether they seem righteous or not, you can’t just have roughnecks busting up the joint.  With kung fu.

Their scheme somehow involved one of their daughters* getting pregnant by the individualist (I don’t remember why), and him getting ambushed and killed with dynamite.  They try to kill the daughter* and her baby, but they get away, and baby grows up to be played by same actor as the dad.  Only now, Ti Lung is a The Revenger.  Meanwhile, the Bad Dudes for Society have parceled up dad’s bones for keepsakes.  When baby Revenger grows up, mom tells him what happened, but makes him swear not to revenge.

He agrees, but he goes out to collect dad’s bones.  While he’s at it, he scares the guys, even wearing a fake moustache to act like dad’s ghost for a minute.  The bad dudes attack him and then it isn’t revenge; it’s self-defense.  Promise to mom kept.

This is Chinese media that shows collective concerns can go too far in oppressing the individual.  BUT it came out of Hong Kong when they were an independent hyper-capitalist colony of Britain.  BUT Cantonese people are still Chinese, still under the sway of confucian ideals.  And other of their movies seem to support those values.  BUT does this movie even directly affront them?  Dude is awfully upset about a dad he never knew, carries out his mission in obedience to that ghost.  Confucian filial piety, right?

I don’t know.  But I do love the first part, where dad version Ti Lung is establishing himself and his individualism as radically and anarchically as possible.  Excelsior! 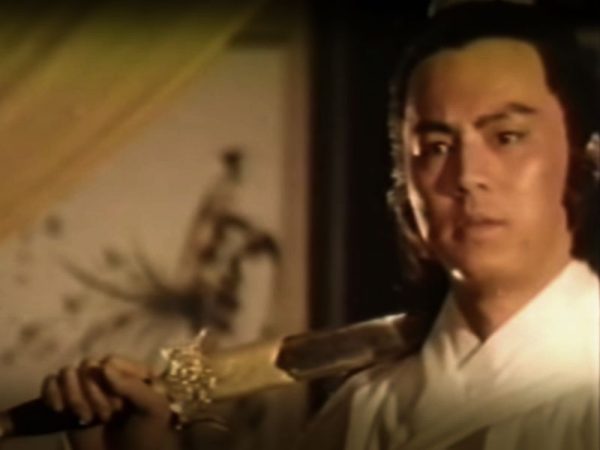 *I made a mistake here.  I wrote the post before I rewatched the movie and was mostly going from memory.  The character that got pregnant with baby Revenger was the main villain’s sister, not daughter.  I left out a lot of deets that weren’t super relevant to the thesis.  This junk has side characters and side plots galore.