Maajid Nawaz has some ideas on what to do about spreading Islamism in the UK.

For years, Islamists and other extremists have taken advantage of grievances of Muslims in Britain, and have successfully identified ways to integrate them under one “Islamic” banner. Sensitive issues such as Palestine, Kashmir, and Iraq have been used to bring together Muslim communities under unified goals. As a result, separate Muslim education programmes have increased among these communities, and inter-marriages between Muslims of different cultural backgrounds has become the norm. Through this, extremists hoped to create a religious “Islamic” identity that transcends, and grows on, ethnic and cultural differences. END_OF_DOCUMENT_TOKEN_TO_BE_REPLACED

A Tory MP says astrology could have “a role to play in healthcare”. The Guardian has the risible details.

David Tredinnick said astrology, along with complementary medicine, could take pressure off NHS doctors, but acknowledged that any attempt to spend taxpayers’ money on consulting the stars would cause “a huge row”.

And why would it cause a huge row? Because it’s bullshit, and medicine is supposed to be non-bullshit. The only way astrology could “take pressure off NHS doctors” would be by diverting patients into the Bullshit Department, which defeats the purpose of having a health service at all. I mean you could take the pressure of NHS doctors by deporting all their patients, too, or by executing them, or by sealing them up inside their houses. That wouldn’t be much of a favor to the patients though. END_OF_DOCUMENT_TOKEN_TO_BE_REPLACED

It had been thought that ISIS burned 8000 manuscripts and documents from the Mosul library. Now, the Independent reports, there’s a corrected estimate.

AL RAI’s chief international correspondent Elijah J. Magnier told The Independent that a Mosul library official believes as many as 112, 709 manuscripts and books, some of which were registered on a UNESCO rarities list, are among those lost.

He has a stable of luxury cars and a Beverly Hills mansion. During trainings for hopeful yoga teachers, he paces a stage in a black Speedo and holds forth on life, sex and the transformative power of his brand of hot yoga.

Not to mention his black Speedo.

But a day of legal reckoning is drawing closer for the guru, Bikram Choudhury. END_OF_DOCUMENT_TOKEN_TO_BE_REPLACED

Also at the Geneva Summit today…

[T]he 2015 summit’s “Women’s Rights Award” was given to Iranian journalist Masih Alinejad, the creator of a Facebook page titled “My Stealthy Freedom,” which shows pictures of Iranian women without hijabs. The page now has nearly 770,000 Facebook likes.

Addressing summit attendees before the awards ceremony, Alinejad said she was forced to wear a headscarf from the time she started going to school, aged seven. She explained that, to her, a headscarf is not just a small issue and it is not “just a piece of cloth,” but a way of quietening her voice and the voices of other Iranian women.

“Every time when I was running or walking in a free country and feeling the wind through my hair it just reminds me that for 35 years I didn’t have this freedom,” the journalist told the assembled activists, adding that her “hair was like a hostage in the hands of the Iranian government.”

During her acceptance speech, Alinejad said that she had ruminated carefully about whether to travel to Switzerland to accept the prize. “For Iranian journalists or for Iranian civil rights activists it is normal to be scared,” she said, adding that being Iranian and talking about human rights “comes with accusations.” However, Alinejad said that she had eventually come to a simple realization: “Whether you speak out or not they’re going to label you.”

And here she is:

Today’s news from Geneva is that Raif Badawi was given the Geneva Summit’s “Courage Award.” Sally Hayden reports at VICE:

Badawi is the 2015 recipient of the Geneva Summit’s “Courage Award” — sponsored by a coalition of 20 human rights NGOs from around the world.

Dr. Elham Manea, a spokesperson for Badawi, told VICE News that Badawi’s wife, Ensaf Haidar, is “delighted” at the news of the award, and that his children “are thrilled that their father is being recognized and also honored with such a prize from such a human rights summit. It means a lot.”

Manea talked to VICE News while on the train to Geneva, where she accepted the award on Badawi’s behalf. Haidar is currently in Canada, where she emigrated with the couple’s children. Manea added, however, that the family understandably remains very concerned about Badawi’s health and safety.

END_OF_DOCUMENT_TOKEN_TO_BE_REPLACED

They do these things better in Denmark. Jesus and Mo Author was impressed. He tweeted about it, twice. 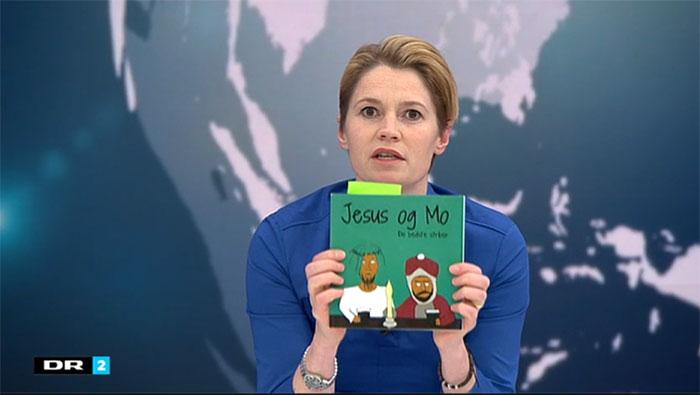 Pope Fuzzy explains how people who mess around with the god-given nature of gender are like nuclear weapons. (Spoiler: they both wreck everything.)

The Pope has compared the threat of transgender people to nuclear weapons.

The head of the Catholic Church made the claims, that have come to light this week,  in an interview for a book last year. END_OF_DOCUMENT_TOKEN_TO_BE_REPLACED

Kiran Opal’s report on the International Conference on the Religious Right, Secularism and Civil Rights last October in London is now available.

A few months ago, I was privileged to participate in, and speak at, an historic conference, the two-day International Conference on the Religious Right, Secularism and Civil Rights held in London, UK on 11th-12th October 2014. At the conference, I got to meet and speak with some of the world’s most interesting activists who work tirelessly to promote human rights and secularism, and I presented a talk on The Human and the Kafir: How Fear of Apostasy Fuels Islamist Power.

Then Atheist Alliance International asked her to write a report on the conference, and with help from Maryam Namazie (who organized it) and Hilary Baxter, she did. END_OF_DOCUMENT_TOKEN_TO_BE_REPLACED