I saw this via Tehmina Kazi…and I can’t bear it. I can’t stand this one. 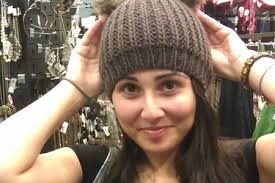 Thousands of people have joined silent vigils across Germany to pay tribute to a student who was beaten to death after stopping a group of men harassing two women.

Tugce Albayrak, 22, intervened when she heard the women screaming for help in a restaurant toilet in the city of Offenbach on 15 November.

But later, in the car park, she was brutally attacked with a bat by one of the men and left with critical head injuries, theSuddeutsche Zeitung reported.

Her parents made the decision to switch off her life support on Friday after doctors told them she would never regain consciousness and declared her brain dead. It was her 23rd birthday.

Tugce, who was of Turkish descent, is being hailed as a hero across Germany, with thousands of people joining candlelit vigils in her honour outside the restaurant where she confronted the attackers and around the country.