Mehdi Hasan is back on Twitter. (He was busy interviewing BHL in the meantime.) He’s fighting dirtier than ever. 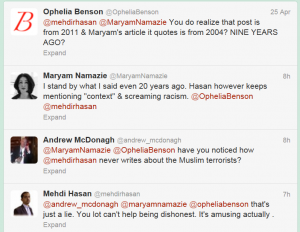 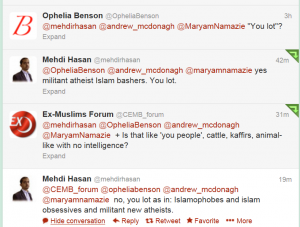 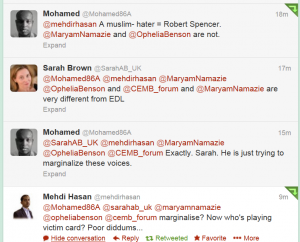 “Poor diddums” – my god he’s vulgar. I told him he has a squalid mind and mouth.

That Mohamed guy is cool; I followed him.