Via Classical Cipher in a comment, via Rebecca Watson at Facebook, via who knows what – marriage the old-fashioned way. 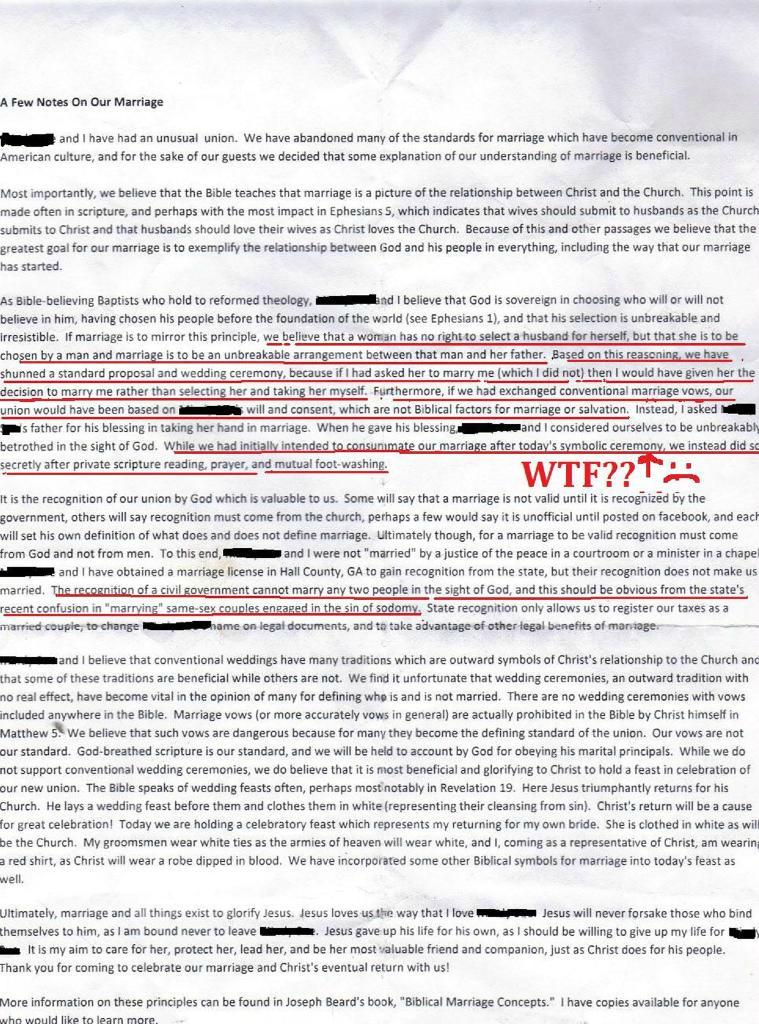 What exactly is that relationship, and how does the loon who wrote this stupid letter know what it is? How does anyone? What does that formula mean? What does it mean that can translate into a relationship between two (non-dead) humans? Is it just a fancy way of saying I am the boss of her the way Jesus is the boss of the Church? But even then…does Jesus tell the Church what to do every day/hour/minute? Did the loon who wrote this letter just give his wife a pamphlet of cryptic sayings and then disappear? In what way can these two people’s marriage be “a picture” of the relationship between Christ and the Church? I want to know.

The part about the man asking the woman’s father for her as if she were an inflatable doll is too obviously disgusting to bother pointing out.

English as a 47th language » « If they will ever, like me, break free