Grad school is kicking my ass right now, so have a complementary photo of Pixel: 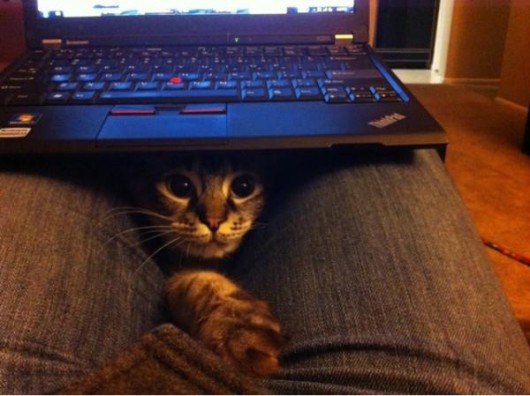 y u play with computer and not me?!

EDIT: I made this post before I realized Crommunist had thrown down the gauntlet and claimed my cat fascination is due to mind control parasites. OH IT’S ONNNNN.

You can now turn all dead mormons gay » « Onward to the atheist dictatorship!