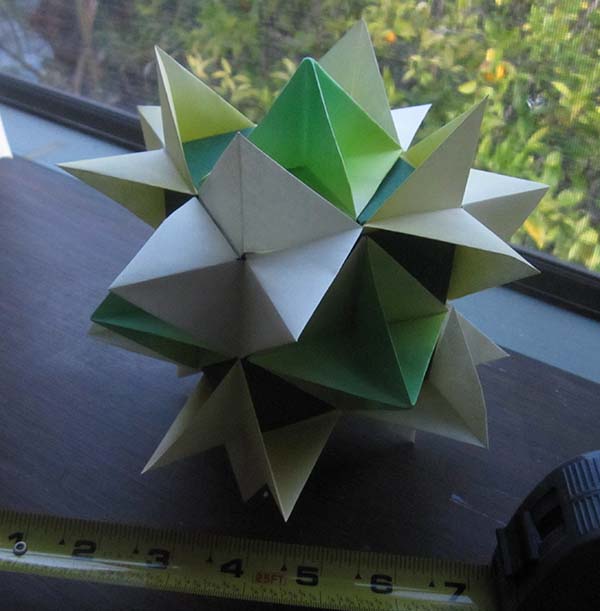 Fuse has a series of models that consist of basic polyhedra, with extra pieces of paper attached as embellishments.  This model is a cube (made of 12 pieces of paper) with a pyramid added to each face, and 3 spikes to each vertex.  All in all, that’s 42 pieces of paper.  This is a pretty neat idea.  Since it is made of three distinct types of units, it defies the usual convention of making modular origami from many identical units.

This one’s a fairly old model, apparently made in 2013.  I gave it away as a gift so I don’t know if it’s still living, or deceased.

Homeownership sure seems like a bad investment » « The intelligence hierarchy