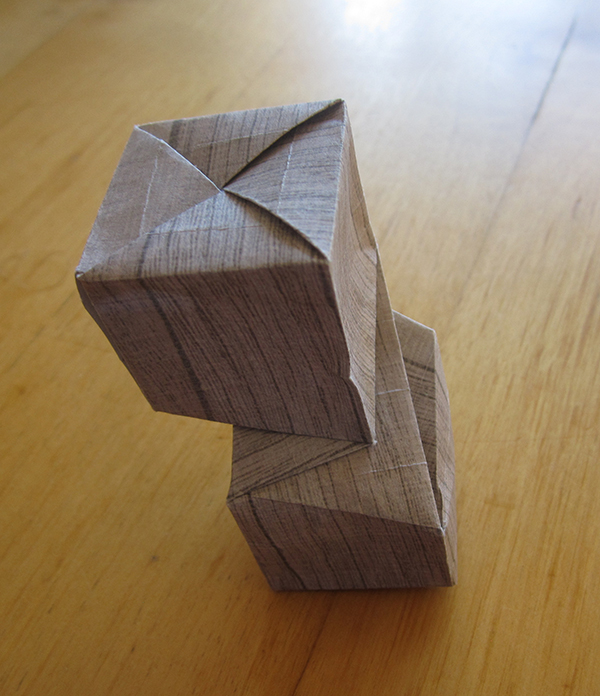 This design is part of a set of 3, and you can find photos and diagrams on Robert J. Lang’s website.  Although his models are 3 inches wide, and mine is only 3 cm wide.

This model caught my eye not just because it looks nice, but because it looked relatively simple to replicate (which is not true of most of Lang’s models).  The biggest difficulty was that the very first step was to fold the paper in 5ths in one direction, and 13ths in the other direction. 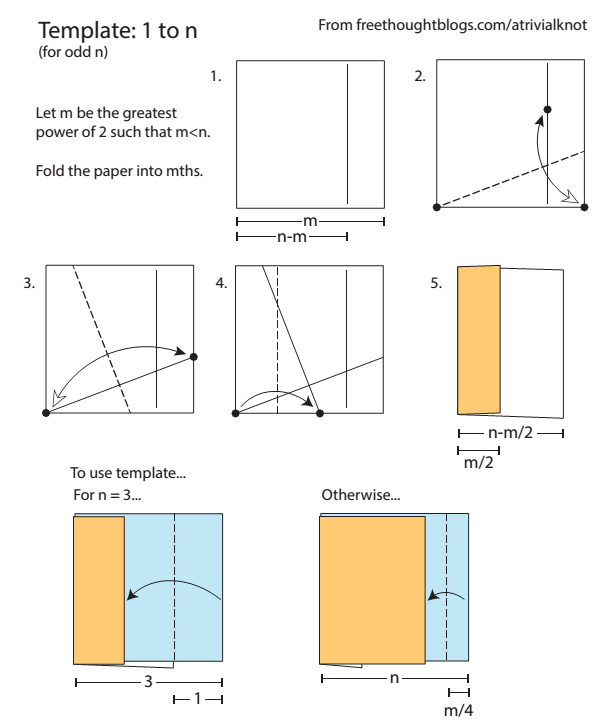 After coming up with this method, I found that it had already been invented by Shuzo Fujimoto (yes, the same Shuzo from “Rebecca meets Shuzo”). I learned this from Robert Lang, who has a long article on origami constructions.

Although one thing that I seem to do differently, is I always fold a “template”.  The template does not get incorporated into the model, but is used to fold other pieces of paper.  I’m used to modular origami, where I use a lot of pieces of paper and this method just makes sense.

Can we dispose of the four horsemen? » « The “privilege” framework is weak