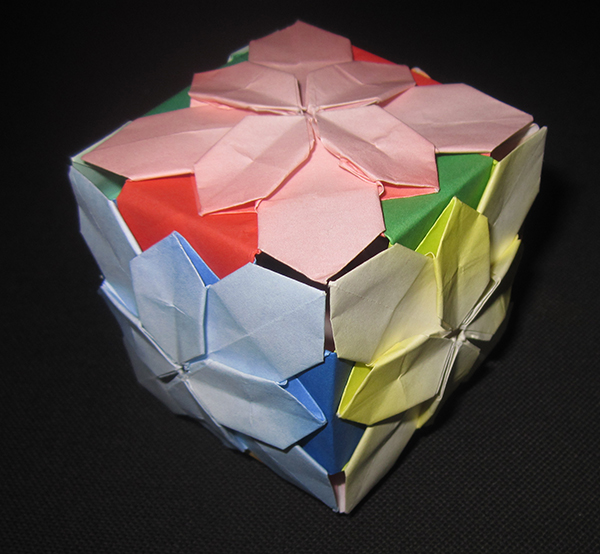 A cube made from six copies of Shuzo Fujimoto’s Hydrangea

The instructions for the Hydrangea are freely available online in diagram or video form.  It’s not too difficult, except for one step (8:32 in video, #23 in diagrams) that involves inverting a pyramid, which is the source of all the wrinkles in above photo.  In theory, you can recursively add smaller and smaller petals ad infinitum, but for some reason I chose not to.  These flowers only go 3 levels deep, which is quite shallow but people seem to be impressed by it anyways.

This model was inspired by Origami Inspirations, by Meenakshi Mukerji.  She included a single photo of a cube made of Hydrangeas, and it was fairly easy to reverse engineer.