An amazingly universal phenomenon strikes politicians of all stripes whenever they are caught flat-footed and unprepared by a storm. See, they couldn’t prevent the storm, so why is the public all bitchy about it? An equally plausible explanation for what happened in Georgia this week is a raging case of right-wing Deficit Obsession Syndrome; the irrational fear that government may have to spend taxpayer money to protect and serve taxpayers. Time to scapegoat gubmint weather scientists! END_OF_DOCUMENT_TOKEN_TO_BE_REPLACED

A rare snowstorm deep in the heart of Dixieland has stranded thousand of motorist on icy roads overnight and children in schools. More than a few people are pissed off that local resources weren’t tasked earlier and that business and schools did not call a snow day to limit the chaos. END_OF_DOCUMENT_TOKEN_TO_BE_REPLACED 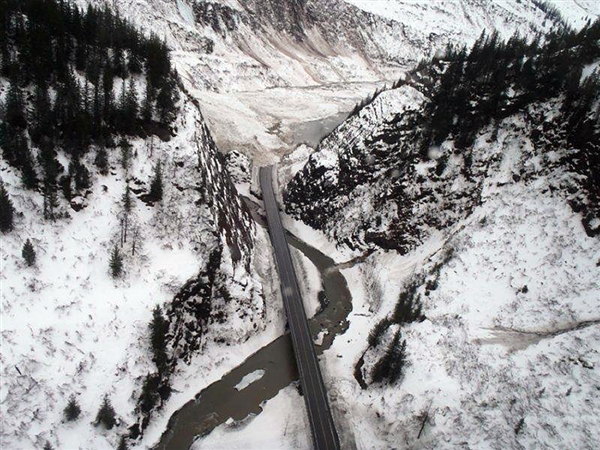 Here in Central Texas, we’re suffering under the Killer Glaze of ’14. A light glaze that struck right before morning rush hour and has the city so locked up officials are now advising no one goes on the road if they don’t have to. Elsewhere in the nation there’s real cold. Subzero in some parts of the Midwest and upper Northeast. But oddly enough, up in Alaska, they’re having a heat wave of sorts and it’s serious: END_OF_DOCUMENT_TOKEN_TO_BE_REPLACED

I spoke briefly with Mike Mann last night, and we can talk about all kinds of fascinating climate physics, but the gist of it is, the cap of air that normally lays over the Arctic in the dead of winter shifted, virtually intact, way south toward North America. Which caused a lot of problems, obviously, all the way down here to Texas. Where I live, where a fifty-cent safety switch about the size of two stacked quarters in my heater conked out and I woke up with hypothermia. Didn’t even know what it was until it went away, I just thought I was either catching a hell of a cold or having a cardiopulmonary issue.

Folks my age will recall when we became cognizant of pollution, maybe some of my peers will even recall a commercial with an Indian crying at the sight of trash. The thing is, I can’t recall anyone back then making the case all over TV that pollution didn’t exist. Contrast that with today. But one of the funnier things to emerge from the latest round of snow trolls on Fox et al is the claim, I think by RushBo, that “liberals made up the polar vortex” term in the last few days. I first saw that used when pics came back from Saturn’s pole taken by Cassini and it’s been around for a long, long time.

It’s cold, scientists baffled by Arctic front in Winter and all that, but it is miserable. It turns out the heating system in my shitty apartment can’t handle sustained temps much below freezing. The heating element only adds a few tens of degrees to whatever passes through it, so it blew warmer air, warmer meaning about 45 degree F if the thermostat is accurate. But hey, armed with a solid knowledge of thermodynamics and several layers of clothing, it also turns out that if you just leave the hot water in the shower on, that warm air rises to the ceiling and gets yanked into the heater and that gets it almost to 60 degrees. Which got the apartment above 50. … Let’s just say it was a bad night. Then I saw what was hitting the majority of the US and thought I’d better just quit bitching: END_OF_DOCUMENT_TOKEN_TO_BE_REPLACED 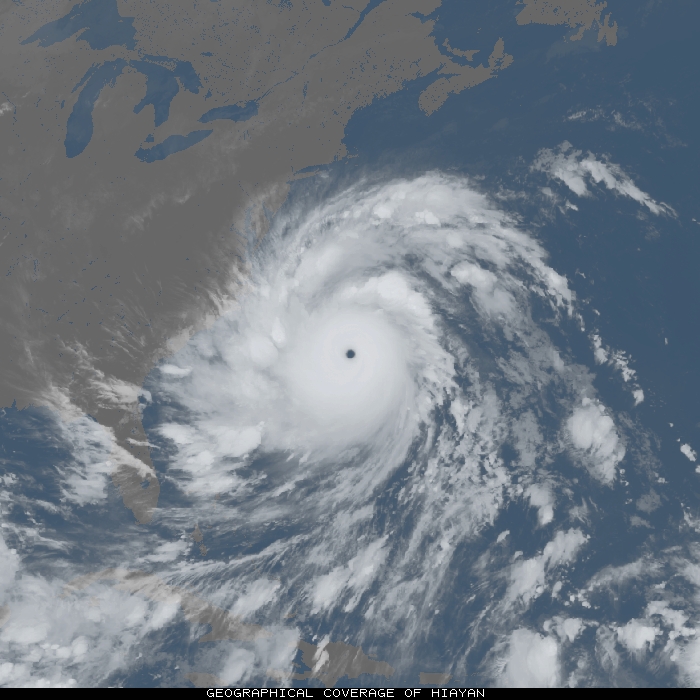 Haiyan at peak intensity juxtaposed over the US East Coast. The size and power of this storm has left some storm meteorologists wondering if the current Dvorak hurricane intensity scale should now be extended to include Category 6.

Survivors of what may end up being the most deadly storm in human history are trying to pick up the pieces in the Philippines, after Typhoon Haiyan raked the island nation with 200 mph wind gusts and a ten meter storm surge. In some places there’s not many pieces left to pick up: END_OF_DOCUMENT_TOKEN_TO_BE_REPLACED

Update: Reported via the NOAA, “the US’ National Oceanographic and Atmospheric Administration (NOAA) had issued a bulletin saying that the storm’s intensity could no longer be tracked using the widely-used Dvorak storm intensity scale.” If it were to be rated, guesses are from strong cat 6 to cat 7.

This is just the beginning of what some climate researchers say may be in our collective future. Super-storms, hyper-canes, some inevitably hitting densely populated regions, taking out vast sections of our interconnected, interdependent global economy: END_OF_DOCUMENT_TOKEN_TO_BE_REPLACED

It turns out I’m not the only one asking for money this week. Remember Super Storm Sandy? Which wasn’t a super storm so much as a typical strength hurricane that happened to hit the densest population center in the US, including a bunch of well to do beach fronts. Back then, a number of conservative lawmakers, teabaggers to the core or afraid of same, voted against relief for that disaster. Courtesy of a link posted in comments, you already know what’s coming next, don’t you? END_OF_DOCUMENT_TOKEN_TO_BE_REPLACED

The sun regularly reverses its magnetic field every 10 to 12 years giving rise to what astronomers call the solar cycle. It appeared to be on track to do this right on time, and around now, when something peculiar happened. Activity disappeared: END_OF_DOCUMENT_TOKEN_TO_BE_REPLACED