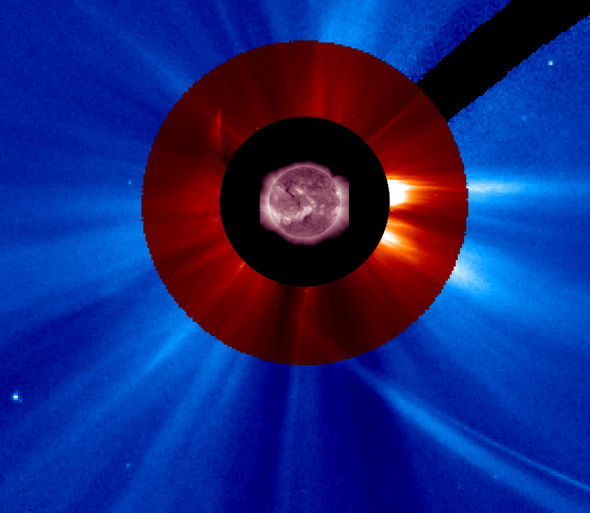 The streak at about ten o’clock

By this time yesterday I was absolutely certain ISON was cooked, literally. It was tiny to start with, even by comet nucleus standards, and within a million miles of the sun for hours where insolation would heat any normal material to several thousand degrees by any scale, plenty hot enough to boil most metals. Let alone ices and bits of rock. But right now it appears that something might — and we have to stress might — have survived that will slingshot back into cooler solar climes and be visible in December with a small scope.

One can almost picture the spirit of Engineer Scotty working to pull off the miraculous. Oh, and the UFO-alien conspiracy theorists are being oddly quiet, which is fine. Let’s not disturb them.