NASA’s SOHO mission team has posted some beautiful images of our local star under the fitting header The Sun as Art with descriptive captions. Some of the images have been reworked, but most are simply composites or color filters. They’re remarkable, and a reminder of the enormous power of a massive hydrogen fusion reactor (And potential energy source) pumping out 4 trillion terawatts a mere 93 million miles away. Now if only I could find the original slideshow link … 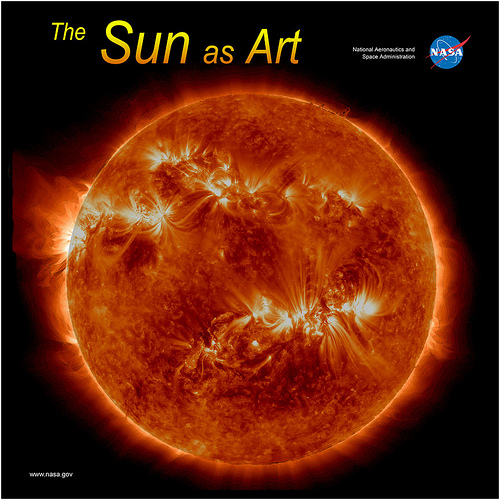 The Sun as Art traveling exhibit (here presented as a slide show) presents a new way of looking at the Sun as seen from space, based on images captured by NASA’s premier solar mission, SDO (the Solar Dynamics Observatory). Most images were taken in extreme ultraviolet wavelength of light. Many images are presented with no manipulation at all; in some, only color tables are altered; in the more inventive ones, pieces were cut and moved around. 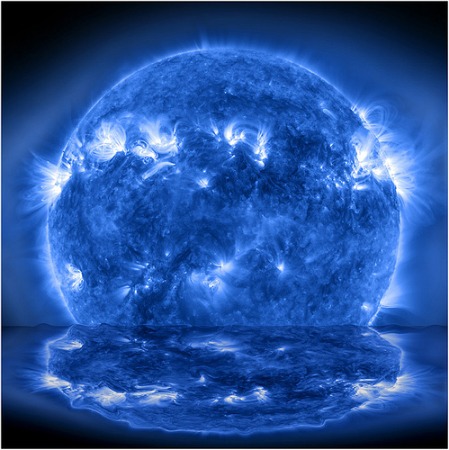 If one were to observe the Sun rising over a bayou or ocean in extreme ultraviolet light and apply a blue filter, it might look a little like this. The active Sun is peppered with magnetic field lines and active regions busily connecting and reconnecting over its surface. Yet, the subtle tones of blue suggest a watery fluidity nonetheless. 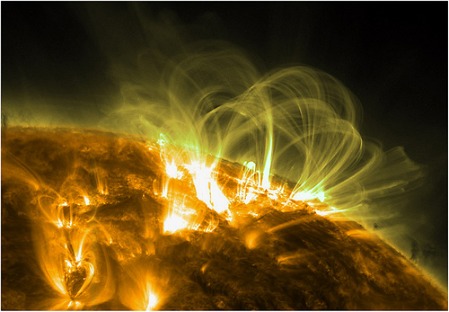 When viewed in profile, the intricate series of looping magnetic field lines appear graceful and well designed. In fact these very hot and energetic connections emerged from beneath the surface where powerful magnetic forces are engaged in a huge tug of war. 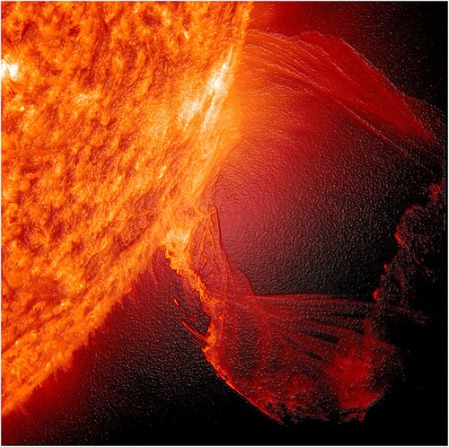 Prominences are huge clouds of relatively cool dense plasma suspended in the Sun’s hot, thin corona. At times, they can erupt out into space, propelled by magnetic forces from the Sun’s atmosphere. Ultraviolet emission in this wavelength (ions of helium at 304Å) shows the upper chromosphere (not far above the visible surface) at a temperature of about 100,000 degrees F. For a size comparison, the Earth would be no larger than your little fingertip.

Word out to GOP faithful, throw Santorum off the train » « This is your cost for gas on Fox News