A Methodist church in California has set up an outdoor nativity scene for Christmas that has the potential to make xenophobic Trump supporters apoplectic. 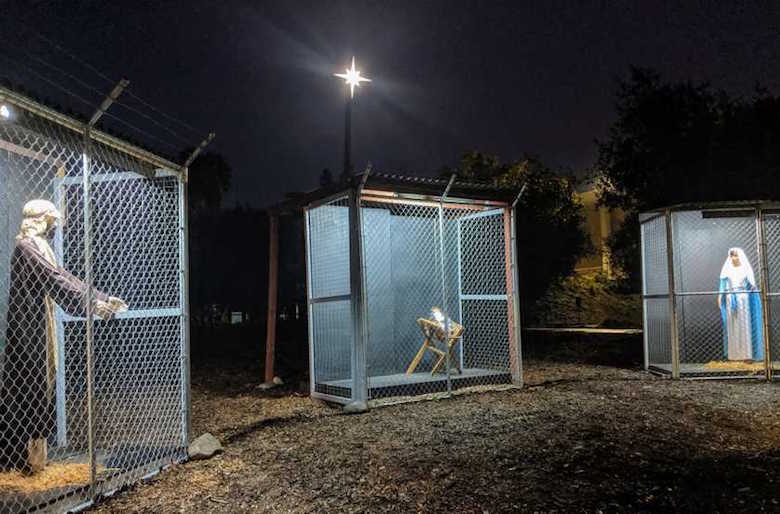 A Methodist church in Claremont unveiled a Nativity scene Saturday night depicting Jesus, Mary and Joseph as refugees in cages, likening one of the most well-known images of the Christmas season to photos that have become synonymous with criticism of the Trump administration’s border separation policies.

“We see this as, in some ways, the Holy Family standing in for the nameless families,” said the Rev. Karen Clark Ristine, the lead pastor at Claremont United Methodist Church. “We’ve heard of their plight; we’ve seen how these asylum seekers have been greeted and treated. We wanted the Holy Family to stand in for those nameless people because they also were refugees.”

While the Nativity scene shows Jesus shortly after birth and is the foundation of the Christmas holiday, the Claremont depiction appears to be invoking Joseph and Mary’s flight to Egypt. Under most interpretations, the infant Jesus and his parents had to escape Jerusalem for fear King Herod would have the baby slaughtered, perceiving the child as a threat to his reign.

Given the track record of the Trump administration that seems to delight in separating families at the border and keeping them in cages, this seems to capture accurately the spirit of the season as seen by Trump supporters. After all, Mary, Joseph, and Jesus were refugees of their time and this is how they would have been treated if Trump had been king at that time.