We have all seen migrating birds traveling in a V-formation. It has long been speculated that this pattern is chosen because it reduces the energy required for flight in the birds that are at the back. But so much fine-tuning of positions was required to save energy by this method that some researchers doubted that this could be the reason and suggested alternatives, such as that the better navigators were in the front for others to follow or that this formation reduced the risk from predators.

But scientists were able to attach devices to a flock of birds and noticed that the birds were not just locating themselves precisely with respect to the lead birds as predicted by the aerodynamics of fixed wing aircraft, but that they were even synchronizing the flapping of their wings to achieve maximum energy savings.

To take maximum advantage of the V’s aerodynamics, each bird would have to position its wing in the upward-moving part of the vortex of air swirling off the end of the wingtip of the bird in front. But that vortex moves up and down because the bird in front is flapping. So the bird behind must not only put itself in the right place, but must also flap at just the right time — which changes depending on the distance between the birds — to keep riding the upwash.
…

Portugal collected data for three flight days of the 36-day paraplane-led migration. From that, he selected a problem-free seven-minute segment to analyse. To his surprise, the analysis showed that the birds’ formation fitted the theoretical predictions of aerodynamics. “They’re placing themselves in the best place and flapping at the best time,” he says.
…

Whatever their reasons, the birds clearly have a better ability to sense and respond to airflow than researchers gave them credit for. “In general, we know much less about the sensory system than the motor system in animal flight,” says biologist Bret Tobalske of the University of Montana in Missoula. One possibility, suggests Portugal, is that they use special feathers.

“They are just so aware of where each other are and what the other bird is doing,” Portugal says. “And that’s what I find really impressive.”

Here is a video where the researchers discuss their findings. 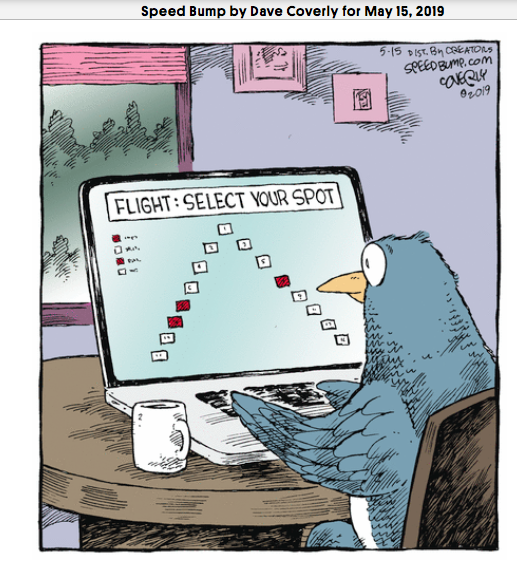