Via Carla Sinclair I came across this heartwarming story of a dog rescued in Scotland whose presence in the snowy region was first picked up by infra-red cameras.

It was a routine winter training mission in northeastern Scotland until the Maritime and Coastguard Agency crew spotted a stranded dog on the snowy Cairngorms mountains below.

They couldn’t fly away and leave the dog in trouble, so winchman Mark Stevens on Wednesday was lowered to the ground, scooped up the cold and frightened animal, and both were raised back to the helicopter.

The dog, named Ben, was cuddled and warmed on board before being rushed to a veterinarian.
It turns out Ben had been missing for two days in dangerous weather caused by Storm Gareth.

Officials say Ben has recovered from exposure and has been reunited with his owner.

Here’s video of the rescue.

And here is Ben safe and sound inside the helicopter. 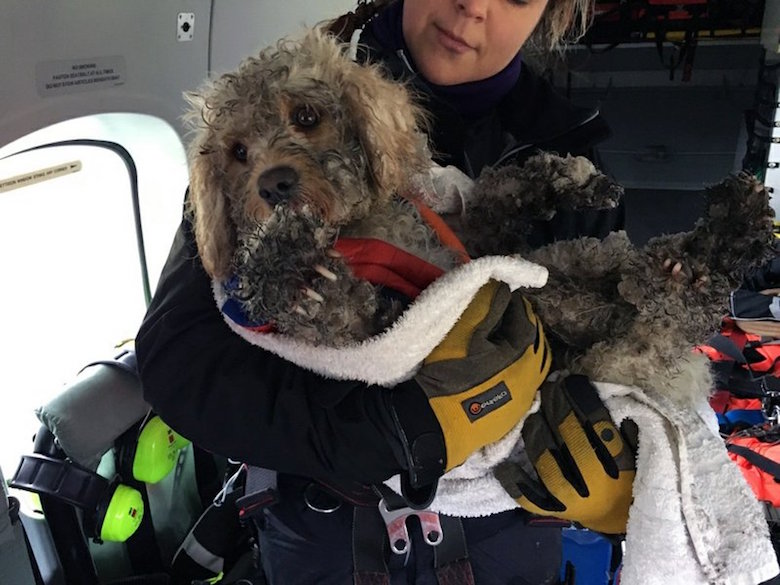 The coast guard people who did the rescue posted their report.

What I am puzzled about is how the dog got stranded in this remote location in the first place.