The Onion perfectly satirizes the disingenuous way that Donald Trump endorses the neo-Nazi tropes of his fans while pretending to deplore the violence that they espouse.

In the aftermath of a shooting at a Pittsburgh synagogue that left 11 people dead, President Donald Trump reportedly slammed the worldwide Jewish conspiracy Monday for not doing more to prevent the violent attack. “I condemn in the strongest possible terms the shadowy global cabal of Jewish people who, despite the fact that they control everything on Earth, weren’t even able to stop a single shooter,” said Trump in a press conference. … Trump ended his speech by calling for unity in the worldwide Jewish conspiracy to prevent future anti-Semitic hate crimes with their mystical powers. 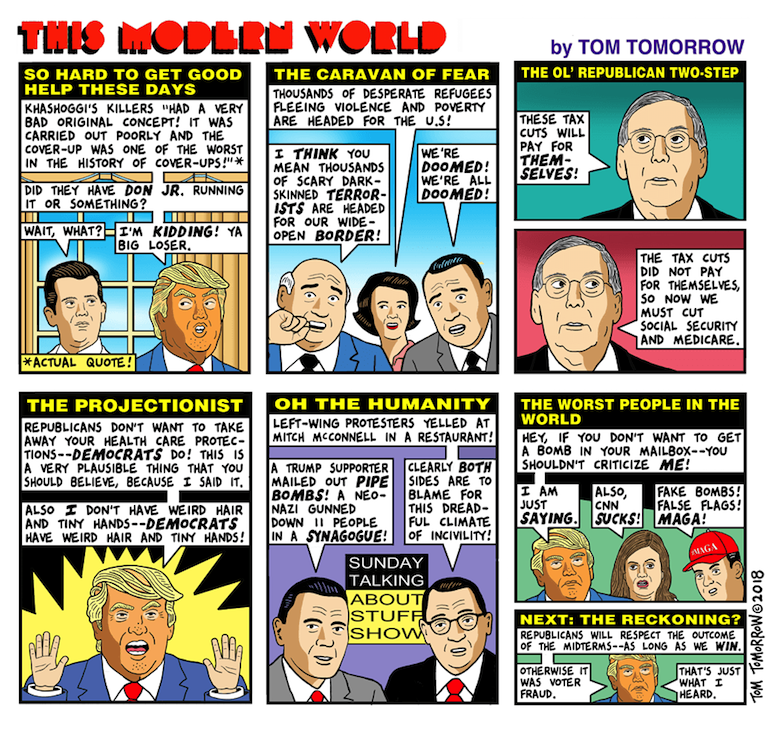 The problem with satire nowadays is that the news is just too terrible.