Lost in the fuss over the G7 and Singapore summits was the other big news of the week, that the Miss America pageant had decided to eliminate that portion of the competition that had the contestants posing in swimsuits, which apparently now consists exclusively of skimpy bikinis. This has given media the chance to run photographs of women in bikinis with double-entendre headlines like the one above. So I thought, why not me too? 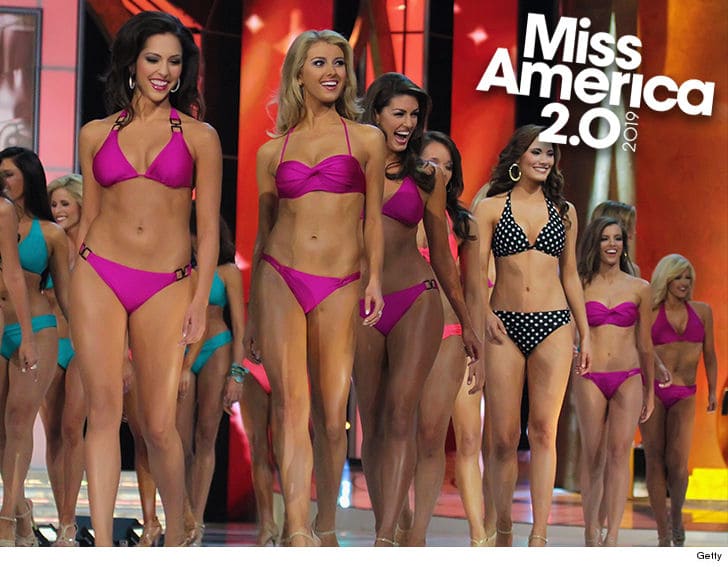 The evening gown portion of the competition has also been eliminated but that has received far less publicity because photos of people in evening gowns has nowhere near the same titillation quotient.

The reason given by the organizers for eliminating the swimsuit part is because they no longer want to judge people on their physical appearance but instead on their “passion, intelligence and overall understanding of the job”.

That’s great. But even if physical appearance remained a factor, there is still a good argument to be made for eliminating the swimsuit portion because as far as I can tell from the above photo, every contestant seems to have the identical body shape. What is the point of having a competition category that does not discriminate between the contestants? Or are there fine distinctions that the untrained eye like mine cannot detect?

One other point is that I believe the winner of Miss America then goes on to compete in a world competition, Miss World or Miss Universe or something. Will that competition also eliminate the swimsuit portion? And since Donald Trump used to be involved with one of those competitions, when can we expect angry tweets from him about a change that he would clearly dislike?

Trump, Trudeau, and G7 » « The imperial mindset on display