I have not seen the recent Wonder Woman because I am not a fan of comic book superhero films. But it has been a huge hit and the fact that the superhero in this case is a woman acting alone rather than as a member of a team dominated by men has clearly resonated with a lot of people. So it was not a surprise when two young Sri Lankan women, inspired by the character, dressed up as her at a Comic Con event in that country, where they were photographed in costume. 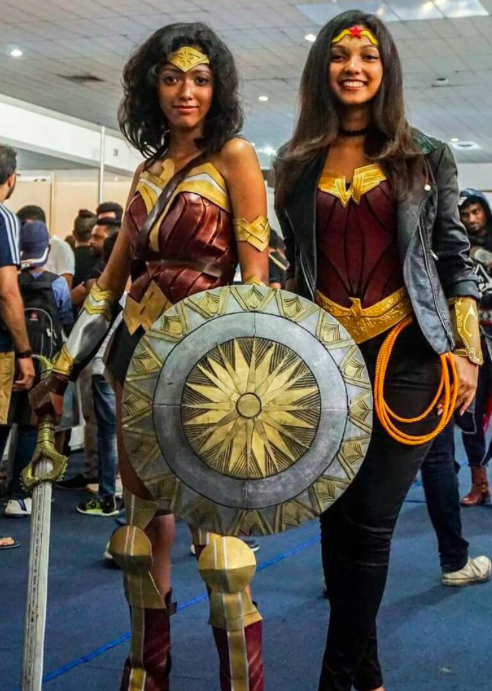 Harmless fun, you will agree. But then those images were shared on social media and became memes and the two were widely mocked for their appearance with the usual objectification and body shaming that happens to women when they achieve even the slightest fame online.

The two women handled it well and fortunately others rallied round with expressions of support, including Gal Gadot, the actor who played Wonder Woman, and the film’s director Patty Jenkins.

I was surprised that Comic Con and cosplaying had spread to Sri Lanka. But what really mystifies me are people who seem to devote time and energy to harass random people on the internet. Haven’t they got anything better to do?

Spectacular encounter between sperm whales and orcas » « We all know why this happened: Police rage