I saw this photograph of Donald Trump in Saudi Arabia along with others laying their hands reverently on a glowing orb. 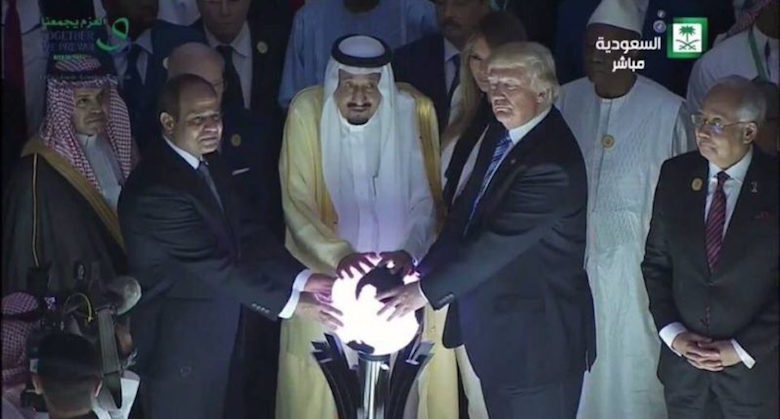 It looks like the people are taking part in some kind of ritual, like in fraternities or secret societies, and that Trump is being initiated into the cult. But Trump was not being inducted into the Illuminati. It turns out that he was taking part in the opening of something called the Global Center for Combating Extremist Ideology in Saudi Arabia.

Here is video of what happened.