It was disgusting to see how the media fawned over Donald Trump’s speech to the joint session of Congress. Simply for acting like a normal human being for a brief time, they gushed that he had suddenly become presidential. But as Trevor Noah astutely pointed out, Trump knows exactly how to fake the media into thinking he is presidential and has mocked them in the past about how easy it was to fool them. In the speech, he did exactly what he said he would do and they still fell for it.

Tom Tomorrow also has Trump’s number, showing how he manipulated the press before and during his speech. 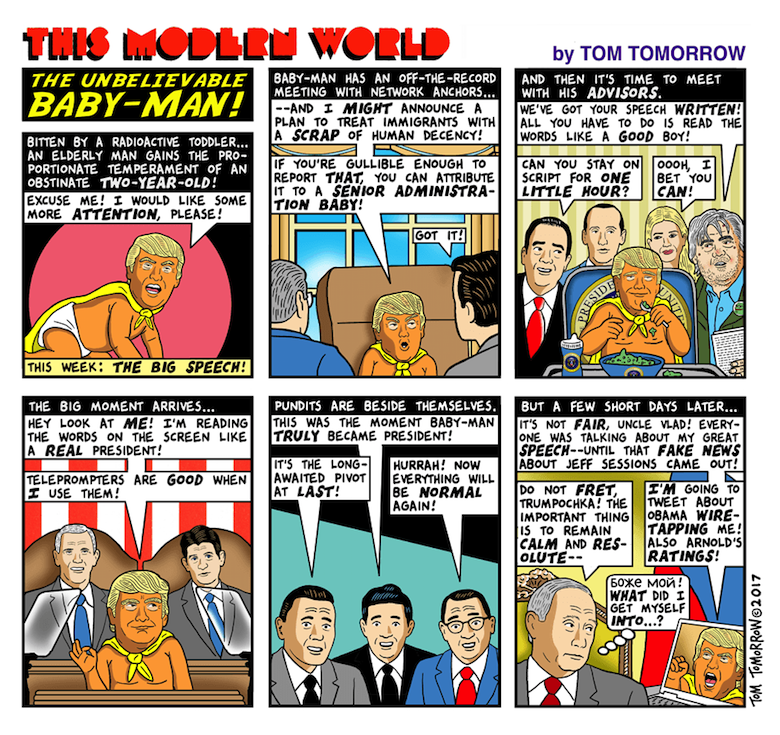