Royal Brunei Airlines recently celebrated the flying of one of its planes with its first all female flight deck crew. The plane flew from Brunei to Jeddah, Saudi Arabia. So Saudi Arabia will let women fly planes into the country but will not them drive once they are there. 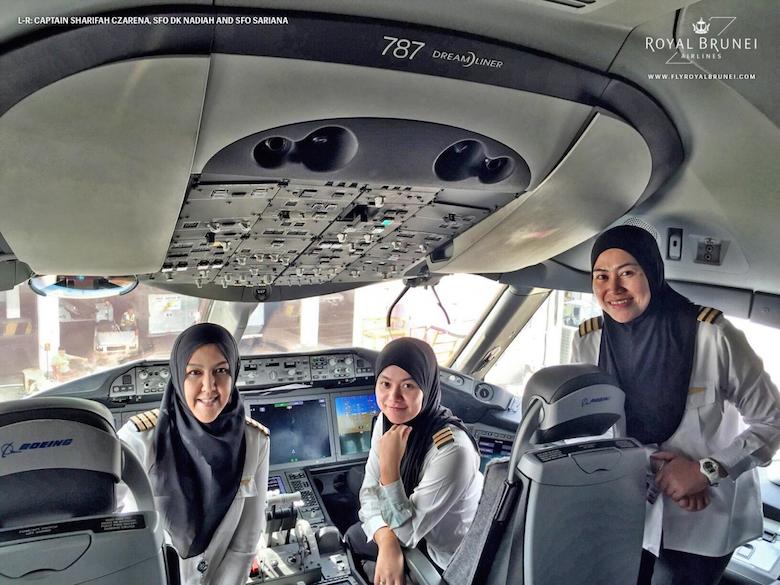 The occasion came just over three years after Captain Czarena became the first female captain of a flag carrier in Southeast Asia. She told The Brunei Times in 2012: “Being a pilot, people normally see it as being a male dominant occupation.”

“As a woman, a Bruneian woman, it is such a great achievement. It’s really showing the younger generation or the girls especially that whatever they dream of, they can achieve it,” said the captain, who completed her initial pilot training at the Cabair Flying School in Cranfield.

And Royal Brunei Airlines is committed to getting more women into the industry as it currently offers an Engineering Apprentice programme to both males and females.

One wonders how long Saudi Arabia can continue to be so backward when other majority Muslim nations are loosening up.

Give Trump a Teleprompter-stat! » « When bad design kills