All the news about police killings have tended to focus on the fact that many of the victims are black. So we can be excused for thinking that the black community is the worst hit by overly aggressive policing. But Xeni Jardin points out that there is another group that is suffering even worse.

Native Americans are even more likely to be killed by police than African-Americans. Despite being only 1% of the population, they make up 2% of all such deaths. Of course, when you look at the subgroup of young people, both black and Native American communities have death rates that are way above the national average. 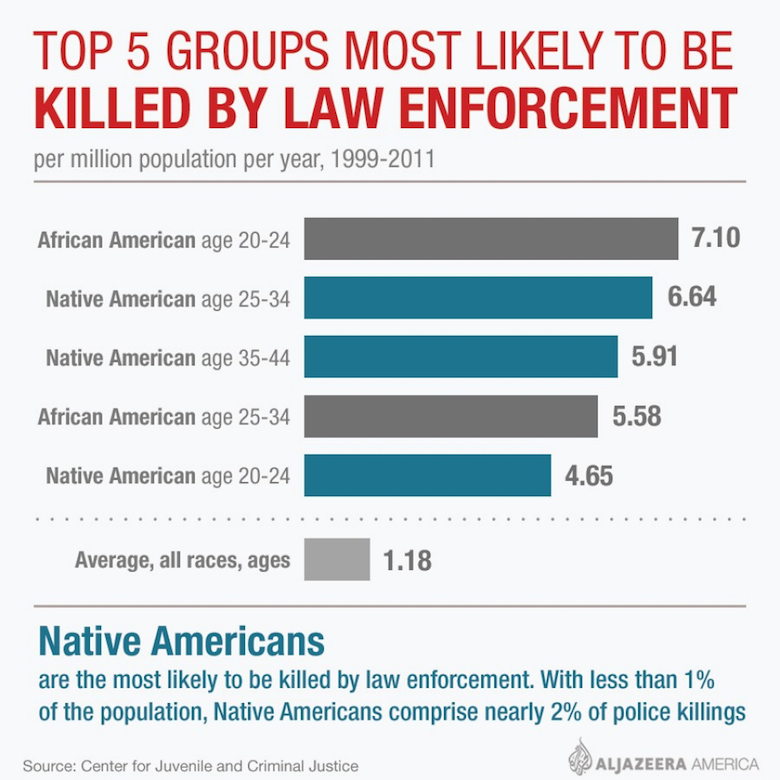 Vibrating mercury drop » « What next for Kentucky?