Even though we were on the fringes of Hurricane Sandy, a massive pine tree in our backyard toppled over during the night, even though there was not much wind. We did not even hear it falling, suggesting that it fell over slowly rather than come crashing down, presumably because the cause was the soil being weakened by steady, but not heavy, rain rather than high wind. Fortunately it missed our house and garage and the neighbor’s house and garage and the main damage it caused was to the fence separating our two properties and to a smaller tree that was in its path.

Given the absence of high winds, I was interested in this article explaining why trees fall.

One thing I noticed was that for such a tall tree, the root system was quite shallow, spreading horizontally rather than going straight down. Hence when the ground became soggy with rain, it did not seem to take much for the root system to take the soil along with it. As you can see from the photos, the depth of the uprooted soil was less than a foot. 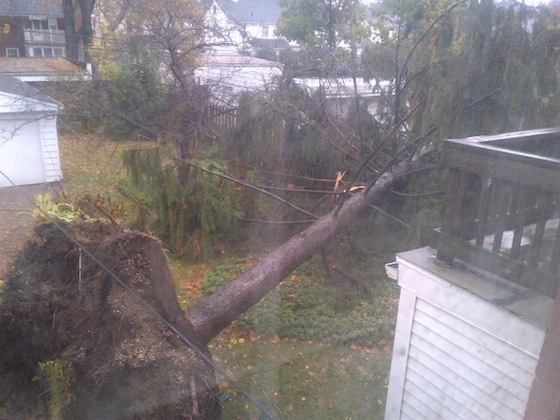 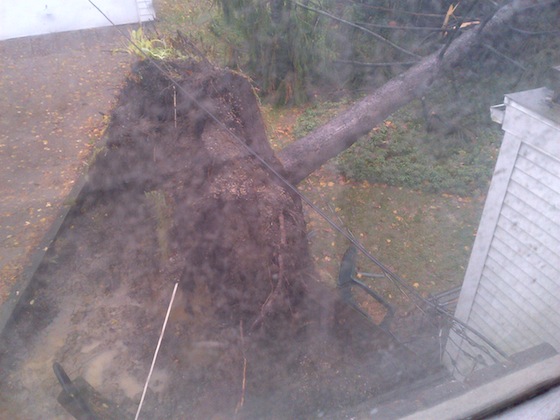