I finally gave in and set up a public Patreon account. My financial situation isn’t as good as it once was, and I could use the pocket change. It’s on a per-work basis, as my posting schedule is erratic and goes through long dry spells. I only intend to ding patrons for my larger, more analytic posts; those “hey look at this cool thing” posts are too easy to charge for. If you’re worried about a posting spree draining your bank account, no problem: Patreon allows you to set up a monthly cap, so you’ll never be caught with a surprise bill.

Why the reluctance to hop on this bandwagon? The main reason why I never became an artist is that I have no appetite for self-promotion. Long-time friends and family members have no idea about my blog, because I know their interests and know it’s not their cup. Running a successful Patreon demands a pro-active social media presence, and that’s just not my thing. I’m not anti-social so much as a-social, which leads to all sorts of confusion when people meet me in person.

Having said that, I do have a few special things planned. 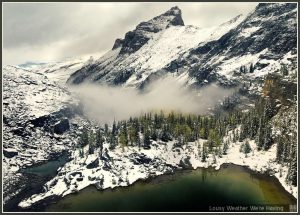 I used to be an avid photographer, and I’ve still got a tonne of unprocessed photos sitting on my hard drive. So let’s say that if you contribute at least $5 in any given month, then if you send me an address I’ll send you a photo postcard. I’ll track which ones you receive so you’ll never get the same one twice. I also have a lot of old ideas kicking around that were never fully completed, so a members-only poll of which ones to revive might encourage me to finish one of them. Even if not, it at least gives you some insight into where my head is at.

So if that sort of thing is appealing to you, or you just like the stuff I write enough to donate some pocket change, sign up. If you don’t or can’t, no problem! I don’t plan on going anywhere.

The Flat-Earther Approach » « Y U Do Dis?