Often, you get the most useful results when you challenge your assumptions. Let’s look at the runt of Boghossian et. al‘s litter.

In addition to the problematic nature of men’s attraction to women, we also published a rambling poetic exploration of feminist spirituality generated largely from a teenage angst generator which we hypothesised would be acceptable as an alternative, female “way of knowing”. That paper was purely silliness, and the journal a minor one.

“Minor” is a bit of an exaggeration; that journal is ranked 179th out of 268 clinical psychology journals on SJR, and 75th out of 122 medical rehabilitation journals.

The Journal of Poetry Therapy: The Interdisciplinary Journal of Practice, Theory, Research, and Education(Promoting Growth and Healing Through Language, Symbol, and Story) (http://www.tandf.co.uk/Journals/titles/08893675.asp) is an interdisciplinary journal seeking manuscripts on the use of the language arts in therapeutic, educational, and community-building capacities. The Journal purview includes bibliotherapy, healing and writing, journal therapy, narrative therapy, and creative expression. The Journal welcomes a wide variety of scholarly articles including theoretical, historical, literary, clinical, practice, education, and evaluative studies. All manuscripts will be submitted for blind review to the JPT editorial board.

That’s taken verbatim from the unofficial homepage of the journal. Click on that link, and you’ll get a “page not found” error; some sleuthing suggests the URL went dead sometime in 2017. Other warning flags start popping up, such as the use of a Yahoo email address for book reviews and an inconsistent description of what their peer review process is. Is it a blind review to the editors, as quoted above, or “peer-reviewed” as is claimed near the start of that page? To make things more confusing, their official homepage says all submissions undergo “rigorous peer review, based on initial editor screening and anonymized refereeing by at least two independent referees.”

On second thought, maybe that clarifies things. The emails for their paper reveals one where the editor claims it was sent for “blind peer review,” and a second where the paper is accepted with no review feedback. PB&J takes the editors’ assurances as proof of peer review, but low quality journals will often claim to have rigorous peer review yet do “none of the peer review advertised.”

All this ignores a bigger question: how do you peer-review a poem?

Eccentric and complicated.
That’s me; that’s us.
I pretend that I love you, too.
I wish I loved you, you know,
The way you love
All the things I do.

Sorry, did you think this was a scientific paper that defended “poetic inquiry and autoethnography?” In reality, James Lindsay used a poetry generator to kick out a few verses, interleaved that with a fake personal anecdote about divorce, then sent it to a journal that also publishes poems. Poems are rarely cited, which partly explains why the journal does so poorly on citation-based metrics, and it makes the lousy peer review more forgivable.

But it also makes the “why?” question more mysterious. Submit some lousy poetry to a journal that accepts poems, get accepted, and in the process prove…. what?

Purpose: Journals will accept rambling nonsense if it is sufficiently pro-woman, implicitly anti-male, and thoroughly anti-reason for the purpose of foregrounding alternative, female ways of knowing. (NB: It was written entirely by James, who is male.)

“Rambling nonsense” would be a fair descriptor of poetry to some; hell, it’s even the title of someone’s poetry blog. And while there is rationalist poetry, we normally think of Romantic-era poetry that was openly opposed to reason and “produced many of the stereotypes of poets and poetry that exist to this day.” So yes, journals that publish poetry will publish poetry and personal anecdote that’s pro-woman and anti-reason. Congratulations on your stunning insight. 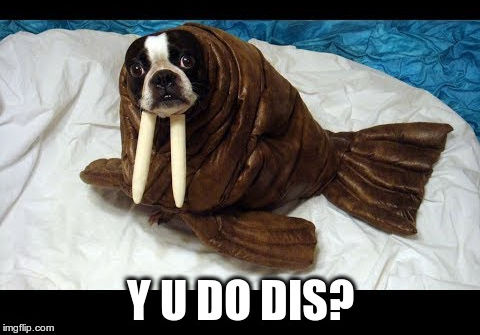 Back when I started blogging about PB&J’s stunt, my working theory for the “why” question was that they were incompetent. As more holes started appearing, I started to favor the con job hypothesis instead. This paper doesn’t fit either theory well; if PB&J were con artists, why expend that much effort on something so easily discredited? If they were incompetent, how could they be aware they were targeting a low-citation journal?

The grievance studies hoax was designed explicitly in an effort to address the shortcomings of the conceptual penis stunt. They brought on Helen Pluckrose, editor of the magazine Areo, as a contributor; they also improved their methodology.

“We made sure, for instance, we’d only use peer-reviewed journals. We’d use the highest-impact factor journals within the aims and scope of the kinds of paper we were writing,” Lindsay explains. “We would never use a pay-to-publish journal … and we would also do more than one paper.”

At first, their papers were rejected. The content was too obviously silly, too much of a joke. But then they committed to studying the kinds of papers that had been written on the topic in the past, and improved their ability to mimic the arguments in them. This was a full-time job for Lindsay: He secured funding from a group of donors whose names he would not reveal to spend, in his words, “90 hours a week” on this project.

A con artist doesn’t spend ninety hours a week on research, you only get that kind of dedication from a religious fanatic. If that seems absurd, what else do you call people who rave about a poorly–defined entity that is totalitarian and pervasive yet only believed in by a small minority? Who hold this shadowy entity responsible for everything they don’t like? Who repeat falsehoods that are easily debunked by reading the source material? Who seem blind to the yawning gap between what they say and what they do? Who can never find a worthy critic?

At they same time, they have funders who are looking for a return on investment. It’s in PB&J’s best interest to up-sell their work, to spread it around via social influencers and interviews, to create a stream of fresh content to drive engagement. I’m sure Lindsay’s bosses were happy to hear he’d put in ninety hours a week, until the moment they sat down and calculated that meant nearly thirteen hours a day, seven days a week; even in software development, that rate is considered obscene and self-destructive. A little deception is a huge help, and the best kind is the self-deception of a fanatic.

So why did PB&J do it? A paycheck they believe in. Between the jumbled thought process behind the poetry paper and James Lindsay’s twitter feed, I think we’ve got sufficient evidence to make that theory the leader of the pack.