Time to do another deep dive on polling in the US. The first item comes via Steven Rosenfeld over at AlterNet. A number of polling companies have examined Trump’s standing in swing states, and compared it to how they voted. Their findings? They like him more than the average American, but less than when they voted for him. As Chuck Todd/Mark Murray/Carrie Dann put it at MSNBC,

So the sagging of support I mentioned a few months ago continues to happen. Rosenfeld also links to a few interviews with Trump voters, to get a more qualitative idea of where they’re at. There’s no real change there, they have a pessimistic view of what he’ll accomplish but praise him as a disruptor in fairly irrational terms. Take Ellen Pieper.

Poll respondent Ellen Pieper is among those disapproving of the president’s performance so far. The independent from Waukee voted for Trump and said she still believes in his ideas and qualifications. It’s how he behaves that bothers her. “He’s trying to move the country in the right direction, but his personality is getting in the way,” she said, calling out his use of Twitter in particular. “He’s a bright man, and I believe he has great ideas for getting the country back on track, but his approach needs some polish.”

Rosenfeld also makes some interesting comparisons to Nixon, but you’ll have to click through for that.

The second item comes via G. Elliott Morris, who’s boosted some diagrams made by Ian McDonald as well as their own. 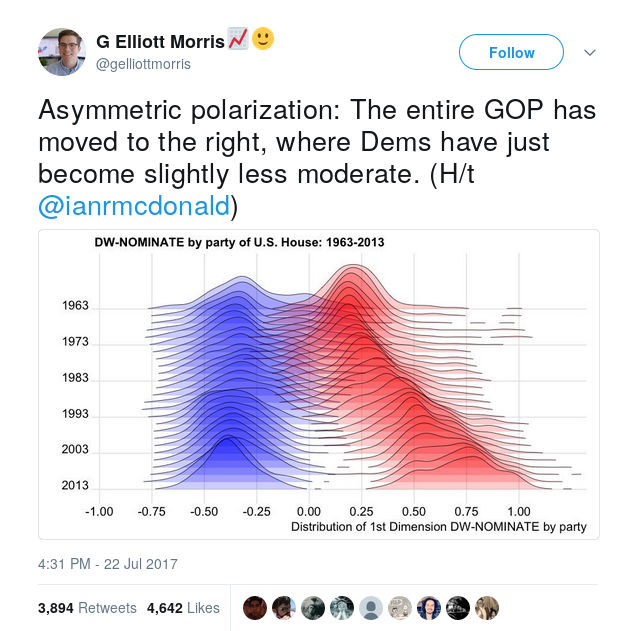 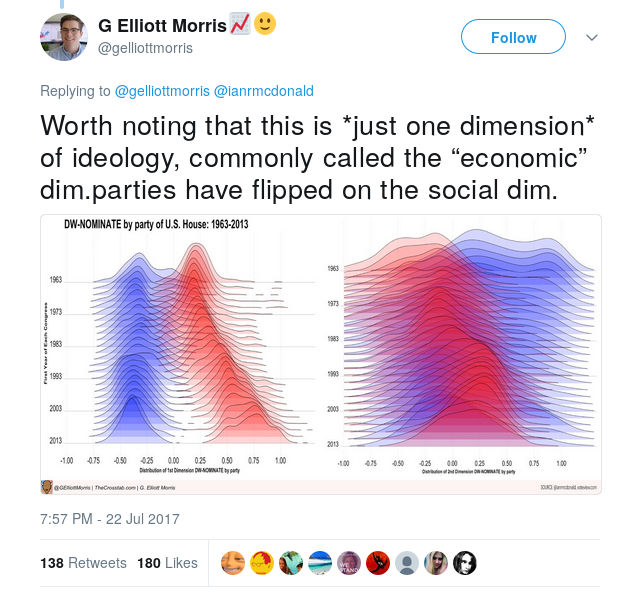 Interestingly, the Democrats have not shifted to the right, contrary to what many pundits have claimed. Why do people think they have? Perhaps because their own views have shifted. 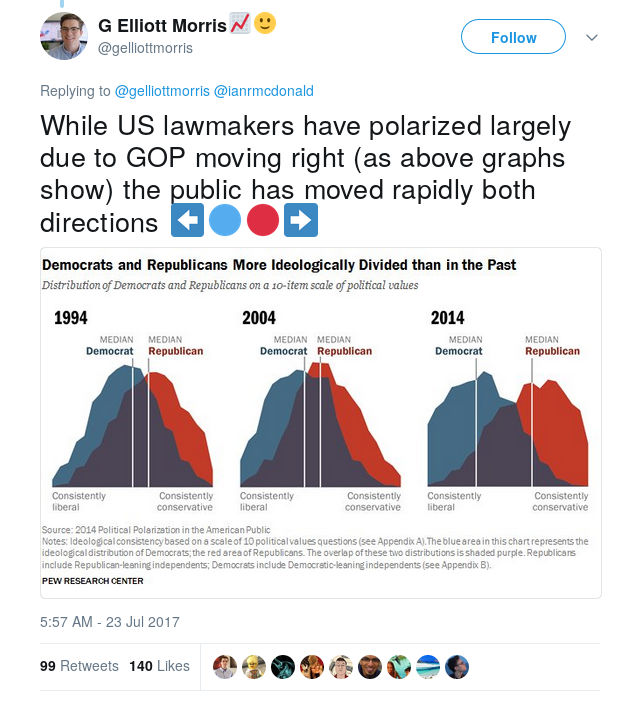 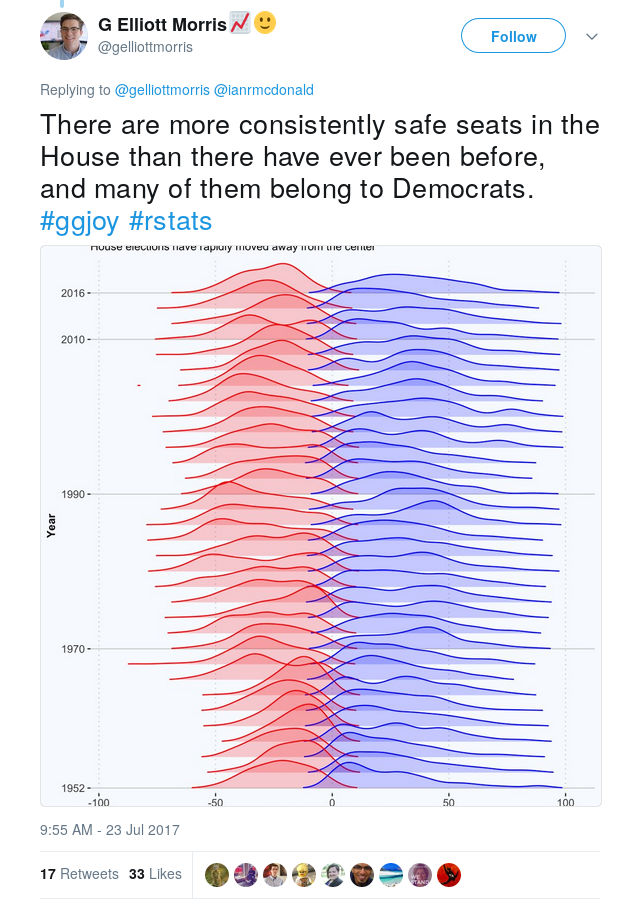 As you can imagine, this has strong consequences for US elections. I’ll leave the rest of the detailed analysis to Morris, though. Overall, I’m drawing hope from the first item, but worried the second will sabotage any movement made for progress. US citizens, more so than the politicians, have to get over their partisan biases and vote for the party which better listens to them and promotes policies they support.

Time To Mobilise, America » « Who Watches The Social Justice Activists?