What? TED vectoring pseudoscience? Unpossible! In one recent particular instance, though, a TED talk firmly grounded in bullshit — literal and figurative — is gaining a mortifying amount of traction with people who really should know better.

The lecturer is Allan Savory, who for the last couple decades has been pushing his own brand of Maverick Science despite hidebound opposition from “scientists” with their “peer review” and their “evidence” and their “reproducible results.”

Savory’s thesis: every desert in the world is caused by insufficient grazing. We know this because of reasons. All those desertified former grasslands in Africa and the Middle East that have been turned to dusty parking lots by cattle and sheep and goats just didn’t have enough livestock on them to churn up the soil, shit everywhere, and then move on to the next patch of land in a rotational grazing approach.

Savory’s approach can work in theory, on marginal grassland with very close monitoring and if your management goals do not include protecting species that are intolerant of cattle. Can work.  Doesn’t necessarily. And that’s irrelevant to actual deserts, yet Savory wants to push his approach onto ancient desert landscapes anyway.

The biggest problem for me, as I point out this morning at KCET, is that Savory doesn’t distinguish between actual deserts — stable, diverse yet fragile habitats — and ruined grasslands. He conflates “desertification” — a term that needs to be abandoned — with actual deserts, then misrepresents the basic science  of desert ecology, for instance calling cryptobiotic crusts a “cancer.”

None of this is a surprise to anyone who has followed Savory over the last few decades. Same shit, different day. But TED has helped him go viral, and there are people who are taking him at his word to an embarrassing degree. Even though he says stuff in the talk like “There is no other option” but to follow his program, a phrase that should cause any sane person to back away slowly with her hand firmly protecting her wallet.

But environmentally concerned people, even here in California, show a disturbing willingness to believe any negative shit they hear about the desert. The TED audience laps Savory’s crap up to a disheartening degree.

Anyway, I debunk what I can of Savory’s crap here at KCET. What I can given time and space, that is. It’s only a 13-minute video and one could write a book about the wrongness.

This is really a thing of beauty: climate pseudoscientist Willis Eschenbach whines at the inadvertent comedy blog Watt’s Up With That that Bora Zivkovic has been moderating comments on his SciAm blog.

Eschenbach, who’s also a Mass Extinction denialist, objects to Bora’s having instituted some basic anti-troll measures at A Blog Around The Clock that relegate comments with certain field marks of the climate denialist loon to the spam bin. Says Bora, in a passage that apparently made Eschenbach’s cranial temperature spike like a Warmist hockey-stick graph:

What Eschenbach doesn’t mention, and a basic point of Bora’s post on how trolls derail substantive conversation, is that climate denialism is just the most pernicious and prevalent of a number of kinds of pseudoscience that have afflicted some of the sites on SciAm of late:

I know that I used the example of Global Warming Denialism here the most – mainly because it is currently the most acute problem on our site – but the same goes for people harboring other anti-scientific ideas: creationists, anti-vaxxers, knee-jerk anti-GMO activists, and others.

This post is not about climate denial, it is about commenting and comment moderation. It is about the fact that eliminating trolls opens the commenting threads to more reasonable people who can actually provide constructive comments, thus starting the build-up of your own vigorous commenting community.

There are seven billion people on the planet, many of them potentially useful commenters on your site. Don’t scare them away by keeping a dozen trolls around – you can live without those, they are replaceable.

Eschenbach’s month-late response to Bora’s post is as pure and canonical a paean to the hallowed practice of JAQing off as I have seen. A sample:

I can only bow my head in awe. I mean, what better way is there to keep you from answering people from WUWT and other sites who might want answers to actual scientific questions, than not allowing them to speak at all?… See, Bora, the beauty of your plan is, you don’t even have to think about censorship once you do that. The computer does the hard work for you, rooting out and destroying evil thoughtcrimes coming from … from … well, from anyone associated with Watts Up With That, or with Steven McIntyre’s blog Climate Audit, or anyone that you might disagree with, or who is concerned about “alarmists”, you just put them on the list and Presto!

I probably ought to feel sorry for Eschenbach: anyone who would proudly link to a piece like this alleged debunking of extinctions — as opposed to deleting it, salting the earth of the server on which it once resided, and denying under oath that you’d ever heard of the thing — is definitely more properly pitied than mocked. “No continental forest bird or mammal is recorded as having gone extinct from any cause,” Eschenbach says. That’s some Time-Cube-level obliviousness.

But I can’t help snickering, and feeling slyly jealous that Bora was able to elicit a response like that just by mentioning idly that he’s keeping his own comment threads on topic despite a massive campaign by a few fanciers of metallic haberdashery to disrupt them. Well done, my friend. Well done.

Having reviewed my schedule for my Bay Area visit, including the fact that Tuesday evening will likely be mainly consumed with helping my Dear Old Mom celebrate her 40th birthday,* I have concluded that I will be having a beer at the Jupiter in Berkeley starting at approximately 5:30 on Wednesday the 27th. The Jupiter is close to the Downtown Berkeley BART station. As the bearded hippie, I will be easy to spot. Hope to see you there.

In other news, I gave my old growth desert lecture a couple weeks back here in town, and a report on that lecture has just shown up in the local press. The reporter, a lovely person, got a couple minor details wrong but I’m always glad for a sympathetic story on desert plants showing up in desert newspapers.

* for approximately the 30th time

I groan every time I see another well-meant attempt to inspire women to pursue science by dressing it up in stereotypical femininity. There’s nothing wrong with pink, and if you want to wear high heels, OK, your choice…but we don’t improve science literacy and appeal by associating it with gender stereotypes. Kate Clancy has an excellent response to some of these errors: “Pseudoscience and stereotyping won’t solve gender inequality in science.”

You Twin Cities folk will have to drive like maniacs to get here in time, but you can do it: I hear the roads are slick as glass so you can just slide all the way here. At 6pm we’re doing another science for the community event, this time with Michael Ceballos talking about biology and biofuels. I’ll be heading over in a little bit to set everything up — I get to be the emcee. It does mean I’ve got a long evening ahead of me, though, and I haven’t had a nap. 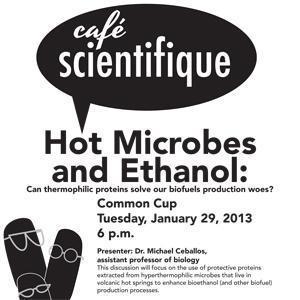 Uh-oh — I told a student just last week that I thought she’d make an excellent science journalist. Maybe it wasn’t such good advice.

95 weekly science sections in newspapers in 1989

34 weekly science sections in newspapers in 2005

19 weekly science sections in newspapers in 2012

We’re bringing it back! If you’re in the neighborhood, stop by tomorrow night to learn some cool student-centered physics research.

Students from the Experimental Physics class at the University of Minnesota, Morris will present “Results from Experimental Physics” on Tuesday, November 27, at 6 p.m. at the Common Cup Coffeehouse (501 Atlantic Avenue, Morris, MN 56267). This is the first Café Scientifique of the academic year. All are welcome to attend, and audience participation is encouraged.

The event will showcase the results—including pictures, temperature, pressure, acceleration, measurements of the jet stream, and cosmic ray counts—from balloon flights conducted by the class. The balloons reached altitudes of 85,000 feet or higher and gathered data from the troposphere and lower stratosphere.

Café Scientifique is an ongoing series that offers a space where anyone can come to explore the latest ideas in science and technology for the price of a cup of coffee. Meetings take place outside of a traditional academic context and are committed to promoting public engagement with science. Additional information is available online. Interested audiences can look forward to additional discussions in 2013.

Café Scientifique is supported in part by a grant to the University of Minnesota, Morris from the Howard Hughes Medical Institute through the Precollege Science Education Program.

I haven’t watched them all! You’ll have to tell me which one is best.

…this one has clarity in a style that usually obscures quantitative relationships. 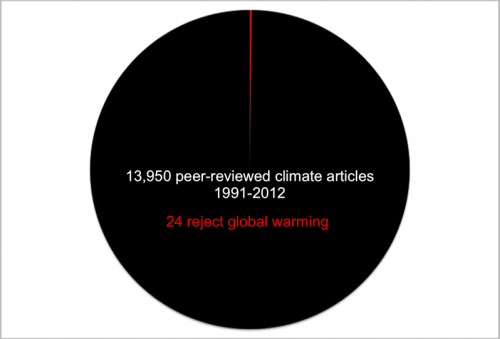 Hey, you Scots: Jerry Coyne is banging about in your country this week, speaking at the University of Edinburgh Humanist Society on Friday and Glasgow Skeptics next Monday. I hope some of you are planning to give him a haggis and a bottle of Irn Bru at some point (if you need an excuse to absolve you of guilt, you can tell him I made you do it.)