I have discovered the key to great riches: all I have to do is get someone famous to accuse me of being “click-baity” and trolling for cash, and in a strangely perverse turn, people start freely donating to me. Just today, I’ve been given $500 via the donate box in the sidebar! I was surprised, and I thank those of you who donated very much. So I thought I’d tell you all what I’m going to do with it.

END_OF_DOCUMENT_TOKEN_TO_BE_REPLACED

The organization has been gutted by a robbery.

“We woke up today to the sad news that our offices had been broken into and lots of property and cash taken. The first people to reach the office found [the building security guard] unconscious lying at the upper/ behind part of the building. Our offices were wide open.”

The thieves have taken all 6 computers, 2 laptops, power cables, their projector and camera, three guitars, a desktop printer, and even the office phone was taken. Some cash due to be paid for rent was also stolen. (The security guard is now conscious again, by the way!)

They need donations, fast. I chipped in a little bit, if all of you do likewise, we’ll get them back on their feet quickly. Every little bit helps.

You know, atheists don’t do a good job of providing that essential social safety net, and the American ‘I got mine’ philosophy means the government often does a poor job, too. We just have to try and cobble together an ad hoc safety net. Here’s a case in point: a person who joined a church, travelled to California to become a live-in, paid volunteer to assist in inner city care. Then the double-whammy hit: he came down with a severe case of rheumatoid arthritis to the point where he can’t get around at all, and then…uh-oh, he lost his faith and became an atheist. Goodbye church-based support.

I also, over the course of my time at the church, completely lost what little faith I had, coming out as an atheist in 2011. As a result, I’ve lost much of my Oroville-based support system; friendships I’d thought were unconditional. I hesitate to say we’ve been shunned, because it hasn’t exactly been to Amish or Jehovah’s Witness proportions. There’s some contact once in awhile, but for the most part, we’re on our own, living in a landlocked island of isolation.

I met a friend of his; apparently, he could have just hidden his loss of faith and continued to get aid from the church, but he was too honest to do that…so they cut him off.

We atheists can do better than that, now can’t we? He’s asking for assistance to move his family back to his original home, in Spokane. He’d also appreciate any local help — any atheists in Spokane (come on, it’s a wonderful city) want to provide information and assistance in the transition back to the Palouse? Follow the link. Donations and support and encouragement are welcome.

Chris Johnson, who made that lovely coffee table book about atheists called A Better Life: Joy & Meaning in a World Without God, is now planning to turn it into a documentary. He’s running a kickstarter fundraiser forA Better Life: The Film.

I’ve read the book. It won’t have any atheists threatening to convert anyone, harassing people on their deathbeds, or demanding anything but their own personal autonomy. It should be good.

One of our students is trying to get to Costa Rica to do medical volunteer work — only this stuff costs money. She’s set up a donation page, and this is what she plans to do.

I have the opportunity to participate in a life changing volunteer experience in San Jose, Costa Rica with my cousin, Brianna Farnell. Brianna and I will be stationed in either a nursing home, AIDS clinic, hospital or an ambulance service, depending on where we are needed. We will be staying with a host family in the San Jose area from June 14th to June 29th, 2014. The experience is through an organization called International Volunteer HQ or IVHQ. Through lots of research of various volunteer programs, we found IVHQ. It offers the lowest prices, great reviews and a solid reputation.

I am contacting you for help. The cost of the trip is $3,840 which covers the expenses of both of us for two weeks. We will be sharing any donations we are fortunate to receive.

The cost break down is as follows:

-Round trip airfare for the cheapest flights: $853 per person

-Cost of the program (including meals and host family accommodations): $902 per person

-Spanish lessons and fees to volunteer in healthcare: $165 a person

If you’re feeling wealthy today, kick in a little bit for a good cause.

A fellow atheist, Angelina, was recently murdered, leaving behind three children: Greta Christina has the story. Somebody is still looking forward to the future of those kids, though, and has set up a fundraiser so they can go to college someday. Chip in if you can. 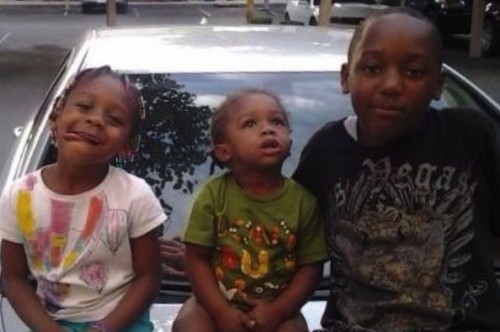 Yet another case of a litigation happy bozo harassing one of our own. This time, it’s a narcissistic neo-Nazi suing Ed Brayton.

If you’re able to help at all, he has a fundraiser in place. This is yet another silly suit, so it’s going to be open-and-shut, but it’s still a pain in the butt.

Karen Stollznow has started a defense fund to help her fight off the legal harassment she faces right now. Time to donate!

My name is Karen Stollznow. I am an author and researcher with a PhD in Linguistics. In recent months, I wrote an article for a Scientific American Mind blog in which I spoke out about sexual harassment I’d endured from a male colleague for several years. I did this to highlight the wide problem of sexual harassment in the workplace for women, including those in scientific and academic fields. Many people who read the article immediately identified my harasser by name, and spoke publicly about my situation on their own blogs and other social media. They knew who my harasser was because he had recently been disciplined by his employer for his behavior.

As a result, my harasser filed a defamation suit against me, trying to bully me into silence. Although he’s spent thousands of dollars on a lawyer to clear his name, he knew that I could not afford the same. In my attempts to settle out of court he has tried to bully me into signing a retraction, which claimed that I had lied about the whole ordeal, including his ongoing harassment of me, and assaults at one of our professional conferences. Although I didn’t sign the retraction, he posted the document on his very public Facebook page and announced victory over me. This also lead to false public edits being made to my Wikipedia page.

I never lied about the harassment I endured and I have evidence and witnesses to attest to my experiences. The only crime I have committed is not being rich enough to defend myself. If you believe in justice and in protecting victims who are bullied into silence, please dig deep and help support this legal fund. I must raise $30,000 in the next two weeks in order to find legal counsel to fight these allegations and clear my own name. If my harasser succeeds in bullying me into silence, it will only serve to embolden harassers, and teach victims that they should never speak up, lest it ruin their lives.

Any money raised through this campaign that is not spent on these legal expenses will be donated to Colorado’s Sexual Assault Victim Advocate Center.

Thank you for listening to my story, and please give as you can. To contact me about this fundraising campaign, email stollznowlegaldefense@gmail.com.

You know what’s really tragic about this? She’s trying to end the harassment, and you just know that asking for help will make the harassers redouble their efforts.

She’s an Australian comedian and aggressive atheist, and she’s putting together a short film that tells you everything you need to know about atheism in 20 minutes (what? shoulda aimed for a feature film trilogy). To do that, she’s asking her fans to kick in a few dollars. She’s a good one, it’ll be worth it.

It’s very Republican. Uintah Elementary School had a bunch of deadbeat kids who weren’t paying their lunch money, so something must be done. And it must be done in the worst, most callous and insensitive way. So they snatched the lunches away from kids after serving them.

As a result, the child-nutrition manager visited the school and decided to withhold lunches to deal with the issue, he said.

But cafeteria workers weren’t able to see which children owed money until they had already received lunches, Olsen explained.

The workers then took those lunches from the students and threw them away, he said, because once food is served to one student it can’t be served to another.

Brilliant. Utterly brilliant. Not one penny was saved, and the children still went hungry. You would think that at some point someone would have said that this plan makes no sense at all — especially in Morridor, where everyone pays such fervent lip service to the importance of charity — but as we all know, punishing the poor is an American hobby.

Not only does it not increase funding for the program to meet growing demand, it will cut it by nearly $9 billion over 10 years. Put in more tangible terms, 850,000 low-income households will take huge hits to their ability to afford food, according to Bread for the World president David Beckmann, and the average family in need will lose around $90 per month.

That’s right, congress finally managed to pass a bill by accommodating the Batshit Republican Faction and slapping the poor around some more. And our Simpering Democratic Collaborationists have flopped to the ground and praised it as a triumph.