I find this jarringly horrible. Some people in Florida are driving around in a truck projecting Nazi imagery on buildings. 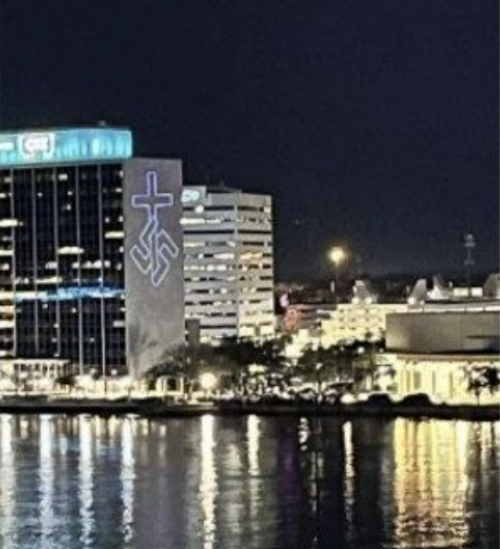 They also put up messages, like “Kanye was right about the Jews,” but showing a swastika intertwined with a cross is particularly revealing. Christian nationalism, anti-Semitism, blatant bigotry, all proudly displayed, and no one is doing anything about it. Try to do that in my neighborhood, and I’d be part of the mob taking bats to the projector and flipping the truck over.

What mystifies me is that there are subsets of the population in the US that revere Nazis and don’t react to this kind of hate speech with the kind of shuddering revulsion I feel. This is evil stalking our streets. It should not be tolerated, and the people perpetrating it need to understand the visceral disgust they trigger in others.

Unfortunately, these people are also close kin to all the rabid conservatives who hate “wokeness”.

When politicians interfere in health care… » « Now what?