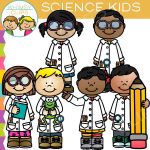 Today, I have witnessed abominations of science. So many experiments shoe-horned into the model of “The Effect of X on Y,” which is fine, but then you discover that they didn’t actually change X, or that nothing happened to Y, so they looked at Z instead. So many exercises in the obvious. Trivial phenomena measured, no thought to the underlying mechanisms considered. Experiments whipped together in a day. Tables of data with no assessment of variation, where you were lucky to see a mean reported.

What else can you do when you ask a kid why they even did this experiment, and their answer is, “I don’t know, I like to do X, and I wanted to see what happened.” Gold star, kiddo, you understand science. That was exactly the right answer. Keep doing that!

Also gratifying: the kid who tested different kinds of stain removers, and hypothesized that the one he saw advertised the most would be most effective. They were all the same! Another gold star for concluding that maybe advertisers lied.

Big ups to the kid who had me baffled with his experiment — why would wheel size matter for his mousetrap car, when they are all propelled by exactly the same amount of force? He clearly explained that the design meant the axle would make the same number of rotations no matter the wheel size, therefore…oh, now I get it. Well done.

All of the students were well-prepared and gave solid summaries of their experiments, and I think I have to give a round of applause to the 7th & 9th grade science teachers at Morris Area High School, who really know their stuff.

That was fun! I should do it again next year.