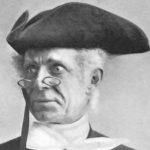 I knew A Hunter-Gatherer’s Guide to the 21st Century by Heather Heying and Bret Weinstein was going to be a bad book just from the title alone, and so I haven’t read it and won’t read it, unless it becomes inexplicably popular and I need to start addressing its arguments. I’m on the fence about whether that will happen. On the one hand, the reviews have been scathing and the excerpts I’ve seen have been infantile; on the other hand, infantile bullshit of the evolutionary psychology type seems to be popular on the Right. I have to be grateful to people like Stuart Ritchie, who has read the book and wrote one of those scathing reviews that I hope will kill a bad book a-birthing.

Let’s accept for the sake of argument that modern society really is terribly bad for us (although, given vast increases in life expectancy, we shouldn’t). How do we know which parts of human nature are the ones we should take better account of? Heying and Weinstein’s answer is essentially everything. If it is something complex, costly (in terms of energy or materials), and has been around for a long time in evolutionary or cultural history, it’s probably an adaptation – there for a reason, and not a mere accident.

This does readers a disservice. The debate over “adaptationism” in biology is long-running, and is not going to be solved by glib reasoning like this. Heying and Weinstein lunge clumsily at evolution’s Gordian knot, fail even to nick it with their blade, yet still smugly tell their audience that they have sliced it right in half.

Well helloooo, Dr Pangloss. This is pure panadaptionism, which also happens to be the foundation of evolutionary psychology.

My easy argument against universal optimization in evolution is the mammalian scrotum. Our body temperature is around 37°C, but the various enzymes involved in maturation of sperm, as well as the proteins for motility, are optimized for 33°C. Place mature sperm in a test tube at 37°, and they break down and lose all motility within hours, while sperm at room temperature (20°) remain happy little wigglers for nearly a full day. (Don’t panic at the nightmare that comes to mind with that fact — out of the test tube, dessication and bacterial action kill them quickly. Toilet seat impregnations are virtually impossible.)

The average mammalian solution to this problem is an adaptation, evolved with good reason to solve a real problem. Dangle those baby-makers out in the cool breeze! Does that mean we must regard it as a good solution? No. It’s more of an ad hoc, jury-rigged answer, a bad temporary fix that has become permanent because it’s easier to keep doing the same old thing rather than going in and adapting the sperm production facilities and now relocating the factory to a safer spot.

And we know it’s not the only possible solution. Birds have high body temperatures, too, and their testicles are tucked deep into their bodies. I guess they managed to evolve biochemical processes that could cope with their standard body temperatures. Marine mammals use water cooling, wrapping internal testicles with vascular networks that first cool blood by passage near the skin surface before arriving at the gonads. Some mammals, like elephants and rhinos, retain the basal condition — internal testes — and evolved changes to testis metabolism that allowed them to function internally at the same time their cousins, our ancestors, struggled with the incompatibility in optimal temperatures and committed to the duct-tape-and-baling-wire solution of letting the testes flap in the wind.

So yeah, panadaptationism is a crock. It doesn’t take into account the fact that adaptations can have secondary consequences, and that dismantling a temporarily successful solution can be more expensive than doing the job right in the first place. There are multiple adaptive peaks, and some of them are separated from a more thoroughly adaptive solution by deep valleys.

The biggest problem with panadaptationism, though, is that it leads to rampant and ridiculous rationalizations of whatever bogus preconceptions the authors have in their heads. If something exists, it must have an adaptive reason for it, therefore all you have to do is point to something like fascism, and since it definitely exists, there must be some virtuous cause that has lead to that solution. Heying and Weinstein are not quite that blatant, but they do indulge in quite a bit of pseudoscientific invention.

Not that the authors do much better when they engage with studies. They make alarming pronouncements based on flimsy data, such as when they say that water fluoridation is “neurotoxic” to children based on one reference to a “pilot study”. They lazily repeat false information from other pop-science books, such as the “fact” that all known species sleep (some, including certain amphibians, don’t!). The final chapter, in which they embrace the bonkers “degrowth” movement, contains what might be the single stupidest paragraph on economics ever written (claiming, bizarrely, that the invention of more efficient versions of products such as fridges would bring the economy to its knees).

But maybe what’ll make this book totally irrelevant, sparing me any need to read it, is that Heying and Weinstein are just bad writers. I’ve listened to some of their podcast, and their arrogance shows there, too.

Above all, Heying and Weinstein are really annoying. Their seen-it-all, know-it-all attitude is grating from around page five, and becomes increasingly irksome as they pontificate their way through each chapter. If only you knew as much about evolution as they do, you would know how to organise society. You would know to “steer clear” of genetically modified food (the millions of lives saved by such food apparently don’t warrant a mention). You’d know not to have casual sex. You’d know not to look at your smartphone so much. And so on.

And they haven’t merely solved the central questions of biology. They are also, apparently, the best teachers imaginable. Without embarrassment, they quote a student describing their classroom as “an ancestral mode for which I was primed, but didn’t even know existed”. Their towering self-regard gives them the false belief that all their arguments – including the book’s premise, which is just a repackaging of 18th-century Burkean conservatism with a faux-Darwinian paint job – are staggeringly innovative.

One can hope their obvious incompetence kills their message, but I said the same thing about creationists and Jordan Peterson and Ben Shapiro. At some point, expertise and actual knowledge are the things that become irrelevant, if the message is what your audience wants to hear.