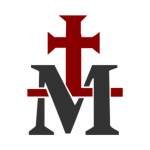 The Catholic Church seems to be experiencing a few rifts of their own. The current pope has apparently been sending down decrees to bust up the practice of the old Latin Mass, which is rather interesting. Back when I was a kid I had Catholic friends who talked about how their church was changing, which, as a lackadaisical Lutheran, I didn’t get at all. Wasn’t Protestantism a bigger upheaval? My Sunday school teacher said so. But now I guess the Pope is tightening the rules even more.

The members of St. Francis of Assisi Catholic Church have been on edge for weeks, worried that their way of worship is under threat, and what makes their fears especially agonizing is the identity of the person leading the crackdown: Pope Francis.

The congregants — belonging to one of hundreds of U.S. churches devoted to the old Latin Mass — say they can’t understand the pope’s thinking on limiting its practice. Some say they are praying that Francis’s better judgment still might prevail. One influential church member, theologian Peter Kwasniewski, has spent day after day publishing fiery opinion pieces, calling Francis’s decree contemptuous, vindictive toward Catholic traditionalists, an atomic bomb against the faith.

“Let’s not mince words,” Kwasniewski wrote at one point on Facebook. “This is a declaration of total war.”

Now, as a more worldly atheist who has encountered too many conservative Catholics, I think I understand. I read that and what I thought, again not as a knowledgeable Catholic, that it was obvious what he’s doing: he’s cracking down on the far right Catholics because they’re absolutist, authoritarian assholes who hinder any progress. Not that I think he’s particularly progressive, he just wants to shift the church a few millimeters to the left when what they really need to do is break up and move the rubble a few kilometers, but that’s what I, in my ignorance, figured must be going on, and surprisingly, the article confirmed it for me.

His mid-July decree dramatically tightened the rules on who can celebrate the old Latin Mass, requiring, among other things, new permission from local bishops. Some of the pope’s allies say the goal is to curtail forces antagonistic not specifically toward Francis’s pontificate, but toward Catholicism’s sometimes-lurching effort since the Second Vatican Council to modernize and reform.

The story further confirms my assumption that Catholic conservatives are assholes.

But many congregants speak of an inner turmoil — of feeling at odds with the supreme authority of their religion over something so core. To them, the Latin Mass is not just a form of prayer, but also the central force for like-minded people in their community. For people who take the faith seriously. Who pray the rosary. Who believe the teaching as it was written — that homosexual acts are disordered, that contraception is wrong, that the Eucharist is the body and blood of Christ. Some of these are minority viewpoints even among American Catholics, and St. Francis congregants say they sometimes feel like outsiders in their own city, uneasy about sharing their convictions, other than at their church.

Again, I’m not arguing that the church hierarchy is not awful, right up to the tippy-top — they have a tremendous amount of guilt for pedophilia and genocide — but that these people who want the Latin Mass are worse. These are the Michael Voris/Church Militant types who want to roll the whole world back into the Middle Ages, like this guy:

For Jacob Bauer, 24, that meant applying the principles of the church to nearly every aspect of his family life. It meant modesty — no trips to the beach, for instance, where revealing clothing would be on display. It meant refraining from gossip. It meant a defining 2017 conversation with his eventual wife, Hannah, now 25, about how the role of women had veered off course during modern times, and how something more traditional would be best for their family. So Hannah decided to reconsider her optometry career goals and stay home to raise a family. They now have one young child and hope to have more. Hannah wants to home-school the children.

“I was given the conviction I could do that from church,” where many women were going the same route, she said.

If that’s really what she wanted, fine. It’s just funny how every time conservatives talk about gender roles they somehow magically end up deciding that the woman who was on the road to a productive career is the one who needs to drop everything and stay home with the kids. Especially when the man’s primary role seems to be hanging out on Twitter telling everyone to go to Mass.

Bauer says he just wants space for his family to follow their own beliefs, without threats, and so his response has been to think of the pope daily: To pray for him, to cite him by name, with the hope that he “sees the love a lot of us have for the Latin Mass.” On Twitter — where Bauer describes himself in his bio as a “12th, 13th, 14th, 15th-century moderate; 21st-century hyper-traditionalist” — he has been similarly civil. He has regularly extolled the virtues of the old Latin Mass but refrained from criticism of Francis.

I’m not so civil. That’s an asshole hiding behind his civility. I can see why the Pope would want to distance himself from these wackaloons.

By the way, it’s not just Catholics. The worst members of every religion are the absolute authoritarian assholes, who always seem to muscle their way into loud leadership positions.

Friday Cephalopod: blue baby » « You will be replaced. Get over it.