Look at this cartoon. Look at it! 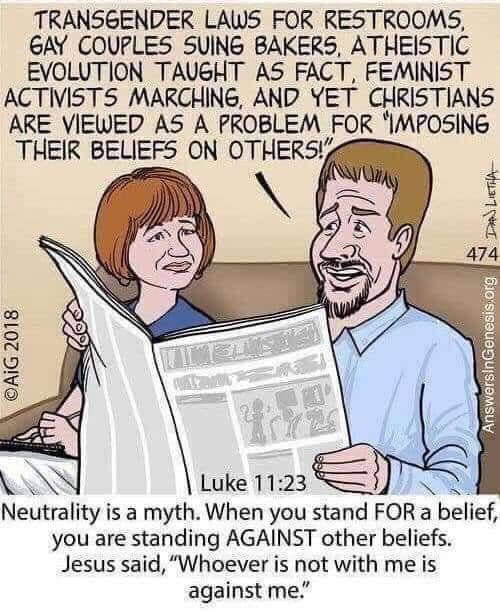 The multi-dimensional wrongness blew my mind. But you know I’m going to have to take it apart, no matter what demons from the pain dimension respond to my provocation. 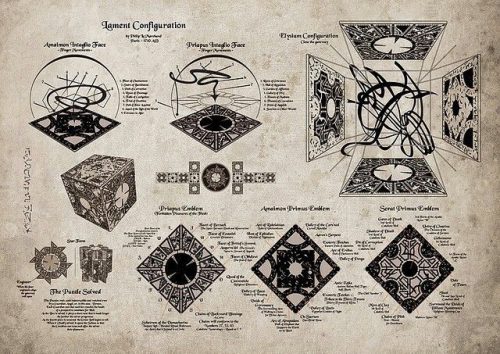 Let’s start at the top. The Frankenstein’s-monster-headed person is complaining about the hypocrisy of groups imposing their beliefs on others. As examples, he cites:

What makes this cartoon particularly twisted is that they’re the ones causing problems for everyone else by insisting we must obey their freaky weird rules about gender, sexuality, and science, and all of the things they’re complaining about are people resisting their dominion.

The caption is also fascinating. I agree that standing for a particular belief is obviously in conflict with other beliefs that are in opposition. This idea does put the cartoon in an interesting light, because it means that believing that the things listed are bad makes their opposition clear. So this creepy blockheaded Christian is against equal rights for transgender human beings, is against gay couples loving each other, is against science, and is against women having the same rights as men.. Fine. He just has to acknowledge that opposing those things requires that he impose his beliefs — not his facts, not his evidence — on others.

That last sentence is a killer. The implication is that Jesus stands with their beliefs, not with the oppressed transgender or gay people, and not with the nature of the universe. Yet there are many Christians who are pro-trans rights and gay rights, and who want their kids taught good science, and see no conflict between that and their mythical savior who served the poor and oppressed. Funny how that works, isn’t it? It’s almost as though blockheaded Christians are kind of ridiculous for appropriating that particular figurehead.

Oooh, I seem to have worked my way through the puzzle box. A mysterious man suddenly stands in front of me. “Hey, you don’t look like Jesus! Who are you?”

“Explorers in the further regions of experience. Demons to some. Angels to others.”