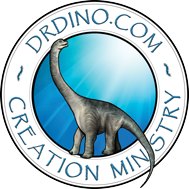 There’s something funny going on down in Alabama, at Kent Hovind’s Dinosaur Adventure Land. It’s getting a bit cult-like, with Hovind constructing various buildings with money of murky provenance, and whole families coming down to camp out on the grounds and attend the little repetitive indoctrination seminars he records and puts on his YouTube channel. He’s also up to his old con man tricks. It’s difficult to piece together because all we’ve got to go on are accounts from the kind of people who fall for Hovind’s line of patter and subsequently see through it all and get out. Like Mary Tocco, his second wife, for instance.

Kent is intelligent, charming, humorous and talented. I cannot deny that I fell in love with Kent and his ministry whole-heartedly and believed that he was the man that of God I was preparing my life for. I did not date him while he was married and I never spoke with him while he was in prison as some people have alleged. We saw each other professionally for the first time when I went to Pensacola, Florida in April of 2016 for the purpose of using Kent’s videography resources to produce an educational video on my own area of research that happens to be a cause that Kent supports. At that time I knew nothing about Kent’s personal or family life.

That’s reality — I might find Kent Hovind repulsive, but there are plenty of people who like the guy, like his message, and like him so much that they send him money…or marry him. Well, sort of: knowing Kent’s anti-government beliefs, they didn’t get a marriage certificate, but were married on the basis of Kent’s authority.

The honeymoon didn’t last, though, and Tocco left him because he was scheming and scamming and dodging tax law, and she didn’t want to end up like his first wife, sent to prison for being an accomplice.

Finally, I requested the opportunity to address these concerns in a meeting with Kent and the trustee of the DAL board. I had learned enough to be able to ask specific questions about how the business was being conducted. Much to my dismay, their side of the discussion was a terribly disappointment, and more accurately appalling. I shook my head in disbelief as I heard statements repeatedly such as, “well, that’s a gray area” and “I think we could explain it this way to defend ourselves, if we had to in court”. I was told to forget my concerns because they would likely be civil issues anyway, not criminal. It was one of the most unacceptable discussions I have ever witnessed, especially given the past of the men speaking.

Yeah, he’s playing games with his taxes again. Fortunately for Tocco, she got out.

Kent removed his wedding band three months later. In November 2017, he renounced his marriage to me and informed me he was looking for a new wife. He is now married to his third wife, Cindi Lincoln, who was previously my friend when I lived in Alabama.

That is so telling. To Hovind, marriage isn’t a mutual contract, it’s something he can decree or renounce one-sidedly. Read any of the accounts by the people who have escaped his orbit, and it’s non-stop alarm bells.

Then there’s his association with a convicted pedophile. This is where it gets tangled, and the story suffers because, goddamn, none of these people know how to put together a clear journalistic narrative. So there are these patchwork scrapbookings of assembled Facebook posts that are really hard to read, and rambling videos by unhappy ex-followers. To boil it down a bit, Kent Hovind has a mutually loyal relationship with a guy named Chris Jones, the convicted pedophile. There are excerpts in which he baldly states that sure, he’s a convicted pedophile, but he was convicted by the same system that found him, Kent Hovind, guilty of tax dodging, so it’s all a lie. Besides, he’s down there at Dinosaur Adventure Land all the time, helping out with the work of running the place, helping the families who come down, playing with all the kids they’ve got frolicking about…

What did I tell you? Alarm bells. Great shrieking sirens.

If you don’t believe me, a liberal radical college professor, here’s a good ol’ truck-drivin’ Southern boy, a man who was briefly under Hovind’s spell and then saw the light.

I didn’t think I would be back over here talking about Kent Hovind on this channel but it’s where my platform is so that’s where I’m at. But some authorities definitely need to start stepping up their investigations of this so-called christian organization. It is nothing less than a cult at this point. What other “theme park” is building churches in the middle of their conpound. Dinosaur Adventure Land definitely needs child protective services over watching them. From accusations of child abduction to a child drowning and now a child that nobody knows of his whereabouts…..or at least nobody has been informed even people have asked…..and this child was traveling alone with a convicted child m0lester.

Now I might just be some dumb truck driver but at the same time I do know how to put two and two together and see that there is a lot of fishiness going on. Numerous people have come out stating how unsafe Kent Hovind’s Dinosaur Adventure Land is.

After this last year with Kent Hovind openly and publicly stating that he has an open invitation for Chris(the convicted child abuser) to come at anytime to DAL…… I do not understand how any parent in their right mind would have their kids there.

But certainly if these accusations are true about this boy and Chris then the authorities obviously need to get involved as well as answers from Kent and anyone else involved in any sort of cover-up.

And of course you would have people out there asking why Kent Hovind would have anything to answer for when it’s only his friend….. quite simply due to him openly inviting him to a place that Kent himself admits is intended for children and Kent knows his criminal history makes him culpable for anything that happens.

There’s a lot I’ve skipped over, like the child who drowned, and the missing child, and who knows what else.

There is definitely a lot of fishy stuff going on in Alabama, and it needs exposure. Any journalists want to take it on? Or shall we wait until something truly tragic and sordid and scandalous happens, and the True Crime authors can take over?

Sometimes, fire is the appropriate response » « It’s the first of July? How did that happen?