The churches are burning in Canada. 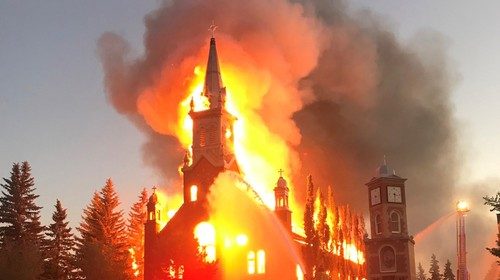 I oppose the idea of atheists setting churches on fire. That you are offended by the absurdity of their dogma is not sufficient justification for property damage. I grew up next door to a Catholic church, and they never did me any harm, so I certainly don’t have any grounds for seeking vengeance.

Of course, I was just a white boy occupying the lands of the Coast Salish, so it wasn’t my place to get angry. Some people, on the other hand, do have justification. 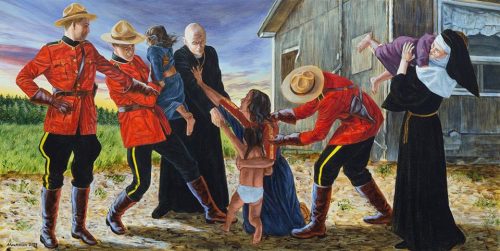 If the people and government of Canada won’t impose severe sanctions on the Catholic church, and if they won’t pay reparations to the First Nations people who suffered so much and so long…

Another bad anti-vax paper sidles into the literature » « Come on down to Kent’s Krazy Kult Kompound!