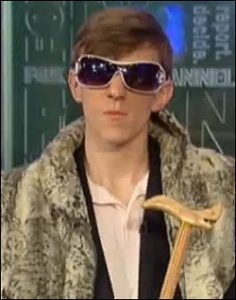 Why did it take so long?

The social-media platform specifically outlined how Twitter policy dictates that users “can’t mislead others on Twitter by operating fake accounts” and that “can’t artificially amplify or disrupt conversations through the use of multiple accounts.”

That’s all he does, is create stupid staged videos that he thinks “prove” liberals are out to get conservatives. Well, duh. Only anyone who lies and cheats to defeat the opposition party, as O’Keefe does, are doing anything wrong. I favor banning all of them, no matter where they are on the political spectrum.

He is, of course, planning to sue.

Maybe they mistook him for Thor » « Republicans really are that nasty