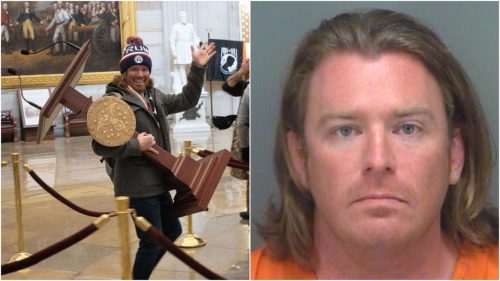 Now the regret and rationalizations are setting in as the FBI tracks these traitors down and arrests them. Actually, the rationalizing started early.

Asked why they were storming the Capitol, one woman became angry, saying they weren’t storming, and that that was a “media narrative.” They were just making their voices heard, she said. Then she continued climbing over a wall.

They hold the presidency, the senate, and the supreme court, and they still think their voices aren’t heard. I’m personally a bit tired of constantly having to hear these shrieking assholes.

Hungry hungry spiders » « How about if we cast a critical eye on every church?