I’ve been ambling along, telling myself that I’m OK, I’ve got a plan to get through all this, I’m fine, go away, leave me alone, I’ve got work to do. Maybe I’ve been wrong, though. Maybe I’m just really good at burying my worries. Then I ran into this simple illustration that brought my situation into focus. 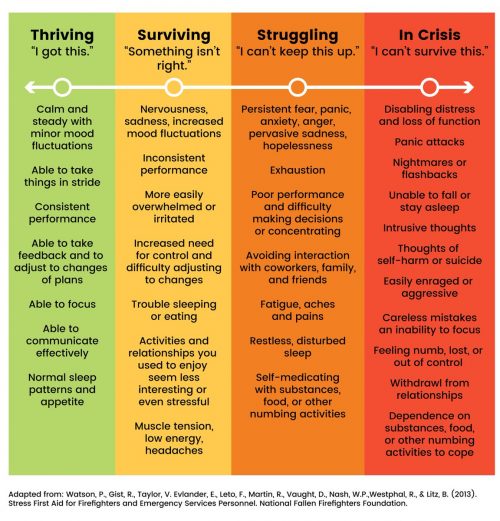 I’m looking at my dashboard, and seeing that my engine status is not a solid green at all. It’s more like a solid yellow that occasionally flutters orange as my engine stutters sporadically. If I were a car, I’d be saying we ought to get this thing into the shop to be checked out (and honestly, if I were a car, I’d more likely be saying that we can coax a few more miles out of it and put off the bother of maintenance a little longer.)

I’m also thinking that there are just two things preventing me from crashing into the red.

It does not escape my notice that yellow is not a good condition to be in.

What about you? Is your engine purring, grinding, or bursting into flames?