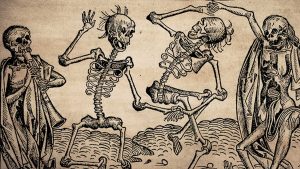 Yesterday, Minnesota had 4900 new COVID-19 cases and 56 deaths. Our governor has announced a tepid response.

Starting Friday, there will be a 10-person limit on indoor and outdoor private social gatherings that include a maximum of three households, Walz said. Receptions for events like funerals and weddings will be limited to 50 people as of November 27 and 25 as of December 11 and will be prohibited from occurring between 10 p.m. and 4 a.m.

Bars and restaurants will now be limited to 50% capacity both indoors and outdoors, with a maximum of 150 people. Dine-in service will end at 10 p.m., although delivery after that time can continue.

Oooh. No more than 50 people congregating all at once in a confined space. Yeah, that’ll stop an infectious disease right in its tracks. Then 150 people in a bar? Drunk people are well known for their restraint and consideration of others.

The chancellor of my university has told all of us to stay home as much as possible through at least 30 June.

Consistent with many other large employers and the State of Minnesota, the University of Minnesota is now asking staff and faculty who can work from home to continue to do so through at least June 30, 2021. The University wants to empower you all to make plans that support your families while maintaining a smaller number of people on campus.

Can I work from home? Ha ha, no. I’m teaching a genetics course with a lab this spring, as I was last year. Last year we basically had to shut down the lab mid-semester as the infection numbers were climbing. This year we’re seeing an even greater surge, but this time we’re just going ahead with the lab. Jaded, we are. The quarantine facilities on campus are at 33% capacity now, are we to expect that number will go down after the students go off traveling for Thanksgiving and Christmas and New Year’s, and come back after milling about in a viral stewpot for two months?

I’m planning for the spring as best I can. To maintain social distancing and reduce contact, my plan is to cut the length of the labs and triple the number of sections, informally, which means merely increasing my lab workload three-fold. No problem! I’ve been “empowered”!

I’ve also got a contingency plan for shutting the labs down cold, and having students use data from previous years to do the analysis part of the work, at least. I guess that plan only kicks in when we’ve got a dead faculty member or student. What we ought to do is freeze everything in the country right now to bring it under control, but I guess we’re going with a half-assed dribble along scheme, crossing our fingers and hoping it’s all over at the end of June, coupled to an increasingly cavalier attitude about sickness and death.

The worst case scenario so far: more than doubling the number of deaths by February.

The United States on Friday was approaching a record for the number of new daily coronavirus cases, as a new study warned that the pandemic is set to cause half a million American deaths by February.

Covid-19 is on course to ravage states across the nation throughout the coming winter and more than 511,000 lives could be lost by 28 February next year, modeling led by scientists from the University of Washington found.

Don’t you worry, though. I’ll still be pushing fruit flies while 300,000 people die in the next four months. Unless I’m one of them, that is.

How did such a stupid idea get even this far along? » « Good news! Someone’s dead, someone’s alive!