Tom Metzger, a racist ideologue who became one of the most influential figures in the nation’s White supremacist movement and mentored a violent generation of neo-Nazis from his Fallbrook home, has died.

He’s one of those people you can just feel gleeful at hearing that he’s dead, without feeling the slightest twinge of guilt.

But perhaps that news, while satisfying, is a little grim for your taste. Here’s something lighter: I learned today that Wunda Wunda has turned 100, and is still alive! 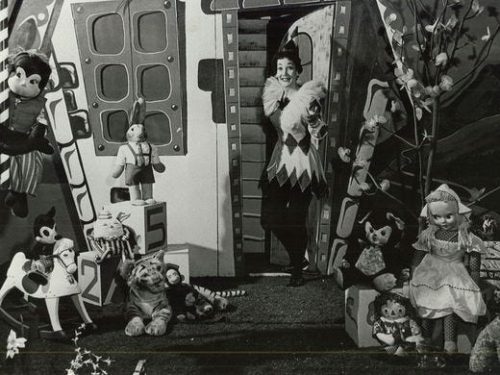 Most of you are scratching your heads and saying “Who?”. She was a local children’s TV host who people of a certain age who grew up near Seattle will remember fondly, a kind of Mr Rogers predecessor, who read children’s stories to her puppets. I’m curious how many of my readers will know who I’m talking about.

Anyway, one vicious, nasty racist dies, one kind gentle woman lives on. The balance of the universe has improved.

Hit the brakes hard right now! » « Hope for the Democrats?