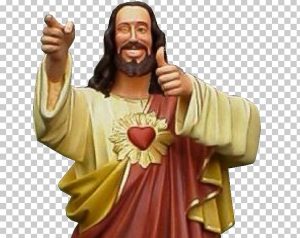 The right-wing and evangelical Christian sites are all lit up with the news that a BLM activist has declared that statues of white Jesus should be torn down. Cool your jets, people!

I’m an atheist and no friend of Jesus, and I don’t see the point of this fake news.

The cops sure are working hard to craft a victimhood narrative » « AAS Meeting starts Thursday!