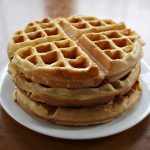 That’s right, it’s 7 April, which is Paul Nelson Day! I figure I’l have an appropriately wild and festive celebration today by sitting home alone and grading papers. I’m planning to have an orange for lunch — I hope I’m not being too exuberant.

I thought I’d look and see what Nelson is up to nowadays. He’s still writing for the Discovery Institute, he’s working on another book, On Common Descent, which I doubt that I’ll bother to read, and no, he’s never come up with an adequate justification for the concept of “ontological depth”, which he claimed to have been studying empirically.

Just yesterday, though, he posted an essay expressing his gratitude to an atheist philosophy professor, Adolf Grünbaum, in which he is thankful for the methodological rigor of his training. That’s nice. I don’t think it took, though.

He gives an example of what he considers a flawed argument by Grünbaum.

An example: one day in class, Grünbaum was arguing that religious opinions followed geography and ancestry. One was much likelier to believe in the existence of Brahma and Vishnu, for instance, if one were born on the Indian subcontinent, and raised by Hindu parents, than, say, being born in Lincoln, Nebraska — which is true.

That fact is also irrelevant, however, to the entirely separate question “Do Brahma and Vishnu exist?” Moreover, as I explained to Grünbaum, my Jewish brother-in-law Avner, a theist, was raised in Montreal by atheistic, Stalinist parents who intended that Avner should also be an atheist who adored the USSR. But he didn’t adore the USSR. And he most certainly believed in God.

The statistical religious-belief-follows-geography-and-parentage argument Grünbaum was making, however, allowed for occasional outliers such as Avner — meaning that Grünbaum’s position possessed no predictive strength. The holes in his net of social statistics let any human counterexample swim right on through. Thus, Grünbaum’s argument said nothing definitive in any particular case, and since every human being is a particular case — that’s you, me, Avner, Grünbaum (who celebrated his bar mitzvah in a conservative Cologne synagogue), Stalin (raised as a believer who sang in church choirs and was educated in a Russian Orthodox seminary in Tiflis) — the argument just wasn’t very good, by Grünbaum’s own standards. One will believe in the God of one’s hometown and parents, except when one doesn’t. And therefore we’re back to square zero. Does God exist or not? Birthplace and parentage are irrelevant.

But Grünbaum was correct! He wasn’t making a deterministic argument that everyone born in India is somehow compelled by geography to believe in Brahma — obviously absurd because there are Muslim, Christian, Buddhist, and atheist Indians — and I doubt that he was trying to directly demonstrate God’s nonexistence, if he was as brilliant as Nelson makes him out to be. It’s also clearly not an absolute, fixed rule, so that Nelson can list a few exceptions is irrelevant.

This is an argument about epistemology: how do human beings know anything about the nature of the god they worship? What Grünbaum was pointing out is that our concept of god isn’t produced by an objective analysis of observable facts about nature, but is the result of influences from culture, community, family, personal subjective experience. Contrary to the beliefs of the Discovery Institute cultists, there is no god who left a distinctive and unambiguous signature on every living thing, and the basis of their belief in an Intelligent Designer is built entirely on bias, ignorance, misinformation, and superstition. Grünbaum was asking his students to question how they know what they think they know about deities, and to recognize that it’s mostly a product of local tradition, not divine revelation or measurable data.

I can believe that Nelson’s brother-in-law Avner was raised as an atheist and later became a believer, but that fact says nothing about how he came to believe, and trotting it out as if it somehow refutes Grünbaum is the real lazy thinking here. I rather doubt that Avner was floating all of his life in a total atheist void when suddenly, in a flash of insight, the entirety of Judaism manifested itself in his mind, and he woke from his godless dream in which the faith came to him to find, to his surprise, that an entire worldwide community of Jewish folk had independently come to all the same conclusions.

Oh, well. It’s part of the tradition of Paul Nelson Day that Paul Nelson will pop his head out of his burrow and make a nonsensical declaration that he cannot possibly defend. Yay.

Dang. I just realized that I don’t have any waffles in the house for the traditional Paul Nelson Day meal, and I’m supposed to stay-in-place and shouldn’t run off to the grocery store to get some.