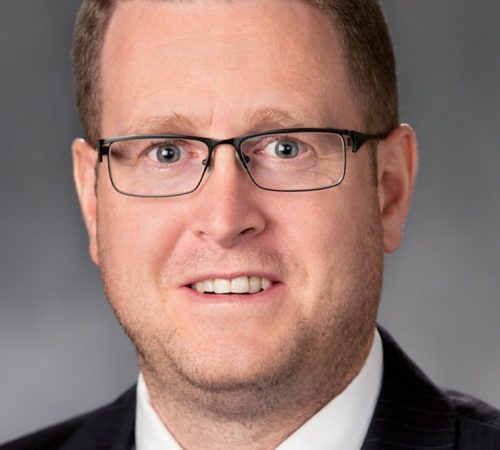 No? A nebbish in glasses and a suit, especially a white nebbish, doesn’t fit your picture of a terrorist? Adjust your search image. That’s Matt Shea, an elected Republican representative from Washington state whose activities have been investigated in a report with this alarming conclusion.

Based on evidence obtained in this investigation, it is more probable than not that Representative Shea is likely to plan, direct and engage in additional future conflicts that could carry with them significant risk of bloodshed and loss of life. It is the professional opinion of the Investigators, that on a more probable than not basis, Representative Shea presents a present and growing threat of risk to others through political violence.

That conclusion was reached not by criticizing his badthink, but by looking at what he has actually done. We’re talking about more than just openly despising the federal government (I’m guilty of that one), but also actively conspiring with violent organizations, such as various militia groups.

He also used his position in the government to obtain and leak information about police responses to those terrorists to the terrorists. He’s also a Christian theocrat, of course: “Representative Shea unveiled the Biblical Basis for War that offered his view of God’s authorization for war. [At] the same meeting Representative Shea distributed the Restoration document which was his blueprint for rebuilding after the fall of the US Government.” The Biblical_Basis_for_War is, naturally, abortion, homosexuals, and those goddamned Commies.

The Seattle Times is calling for his expulsion from the legislature. I’m sure that will persuade his constituents in Spokane. For those not familiar with Washington state politics, the west side of the state, and especially Seattle, is the relatively wealthy, democratic, populous and urban side, while Spokane and the eastern side in general are rural, sparsely populated, agricultural, and very conservative; for sure, there are knees jerking hard in sagebrush country, and a recommendation from the Seattle Times will be reflexively opposed. Coincidentally, Shea also sponsors the idea of splitting the state in two, with a new state called Liberty formed from the most impoverished region in the state, but where Christian Dominionism could flourish.

One note of hope, though, is that it is Republican officials from the eastern side of the state who are begging that he be stripped of power. I guess there are limits to what kind of violent lunacy even Republicans will accept.

For the rest of us, absorb this important lesson. That bland doughboy at the top of this page is the real face of domestic terrorism.

Bah, humbug » « It’s got to be really crowded in there