Guess who came out on top in a list of Every State, Ranked by How Miserable Its Winters Are? You guessed it. Although the psychoanalyzing of Minnesotans is way off the mark.

1. Minnesota
To think of the generally cheerful brood of Nordic-bred people being the winners in any sort of a contest of misery seems downright crazy. But for all those adorable don’tcha knows, we think something else is going on. We think beneath that eternal Nordic happiness is some inner pain, trapped below the surface like a Grain Belt dropped into an ice fishing hole, a cauldron of hot anger ready to spill out like a cut-open Jucy Lucy.

How can you remain so upbeat when you get all the winter weather patterns? Alberta clippers? Sure. Panhandle hooks? You betcha! Parts of northern Minnesota see up to 170in of snow in a winter. One hundred seventy inches! That’s like two and a half times the height of Kent Hrbek!! It can get down to -60 degrees, a temperature at which frostbite can occur in fewer than five minutes. There are no chinook winds or moderating oceans to temper things outside of a small area by Lake Superior. Your sports teams never win championships. All of your good high school hockey players end up starring for NHL teams in other cities. Ice fishing can’t be that cool, really.

And so we think that — despite all appearances — Minnesota does in fact have the most miserable winter in the United States. So to all the Eriks, and Astrids, and Christens, and Bjorns, and Brynjars, it’s OK to show a little displeasure at the clusterfuck of a meteorological hand you’ve been dealt. After all, don’tcha know emoting is good for the system?

No, no, no. This is precisely wrong. Minnesotans wallow in their gloriously bad weather. You would not believe how many times I’ve heard residents brag about the Halloween blizzard of 1991 — and I kind of feel bad that I didn’t move here until 2000, so I can’t contribute to the myth. Every winter I, and every other Minnesotan, check the weather reports religiously, because otherwise we wouldn’t have anything to talk about, and besides we’re hoping for another day of record breaking cold. Bring on the polar vortex! We’d be heartbroken if we had weather as boring as, say, Iowa’s.

We’re all frost giants up here, and proud of it. 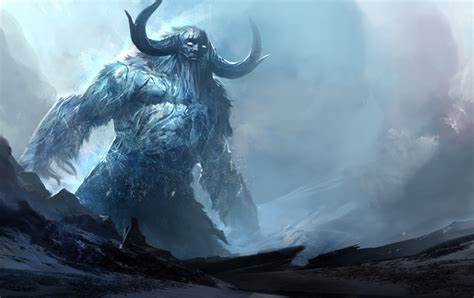