All I need to see is this one Facebook post to know that Joshua Feuerstein is trolling as part of his grift. 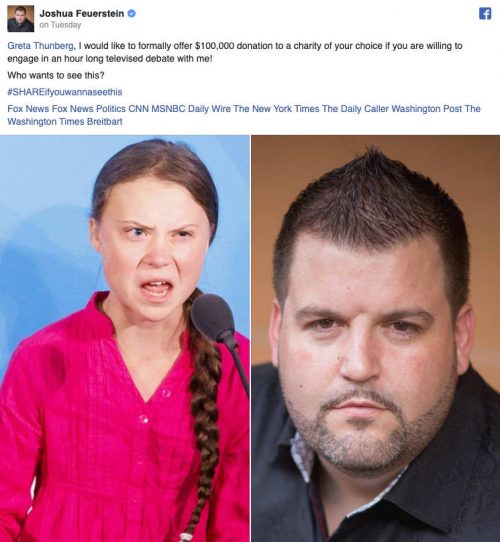 The clues are all right there.

Feuerstein has nothing to offer except that he’s willing to accept the publicity of a debate with a famous person. Excuse me, I meant “debate” — a thing he has reduced to a mindless shouting match with a teen-ager.