I told you we’re seeing one of the Parasteatoda in the lab is building a fairly dense nest. Today we took a walk around the house and we’re seeing that all the Theridiidae are getting into some intense nest construction. Here’s one example by our front door: 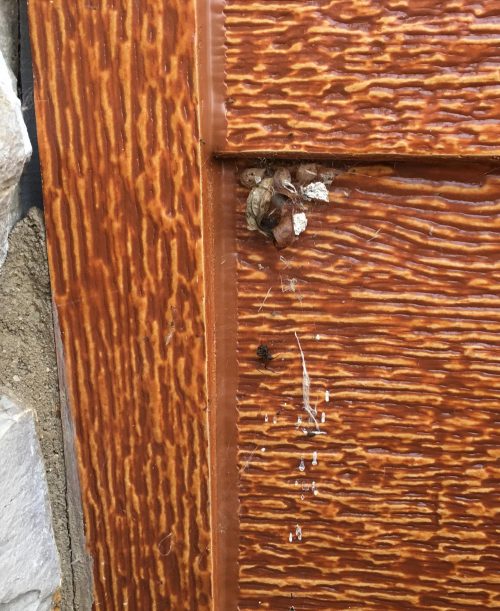 I had gently poked that nest with my finger, and the occupant dropped out of it; you can see her in the photo. I’ll include some closeups below the fold. The nest is a tangle of debris strung together, with at least three egg sacs at the top (at least one had already hatched out).

There was another around the corner, made from a captured leaf. 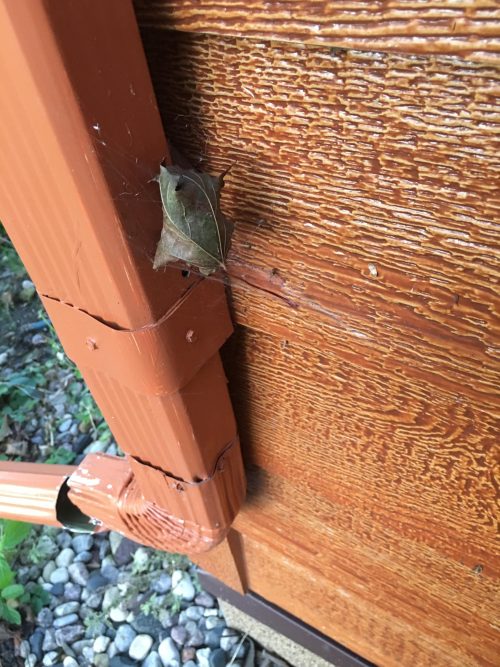 I’ll be checking on these and any others I find as winter closes in. I’ll be interested to see if they survive the prairie winds, and how they cope with snow and freezing cold. Will a crop of spiderlings emerge in the spring?

Here’s the handsome mother spider from that first nest. She conveniently adopted a few poses for me. 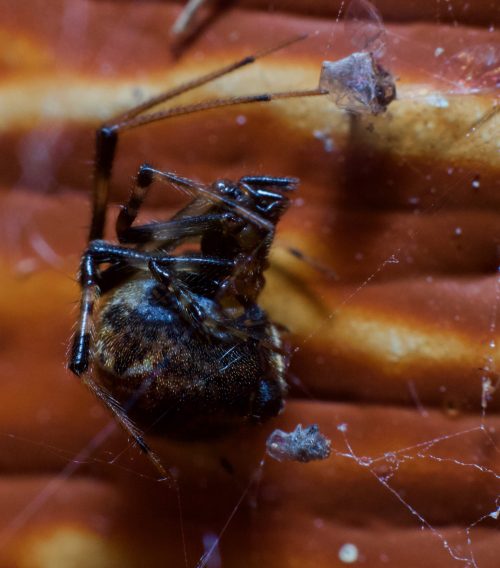 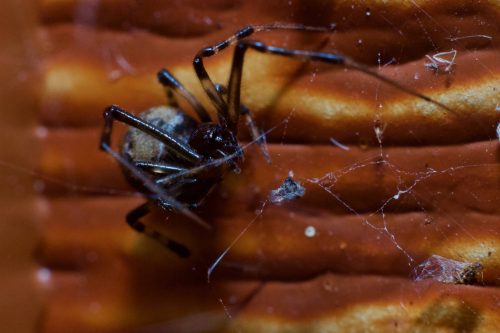 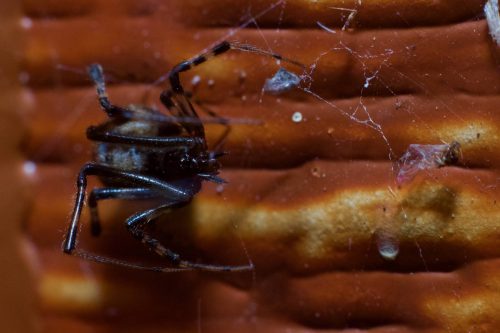 Look deep into her eyes. 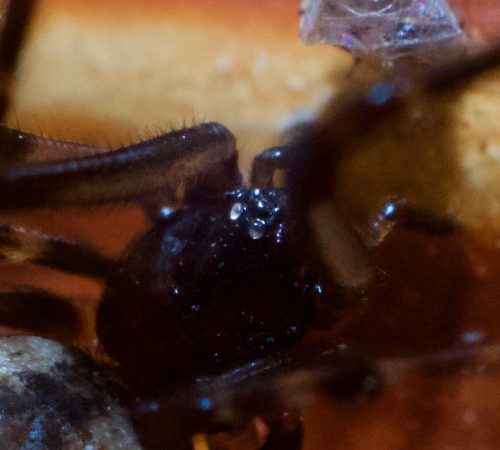 Another thing I’m seeing, purely subjectively and not at all quantitatively, is that the spiders I’m finding in the fall are generally darker than the ones I saw earlier this summer. Now I’m wondering if pigmentation might be partly a response to the environment…something else to look into.

See you in court! » « When rationalism goes wrong, it really goes wrong