Our president has cancelled a meeting with the Prime Minister of Denmark…because she wouldn’t consider selling Greenland to him. 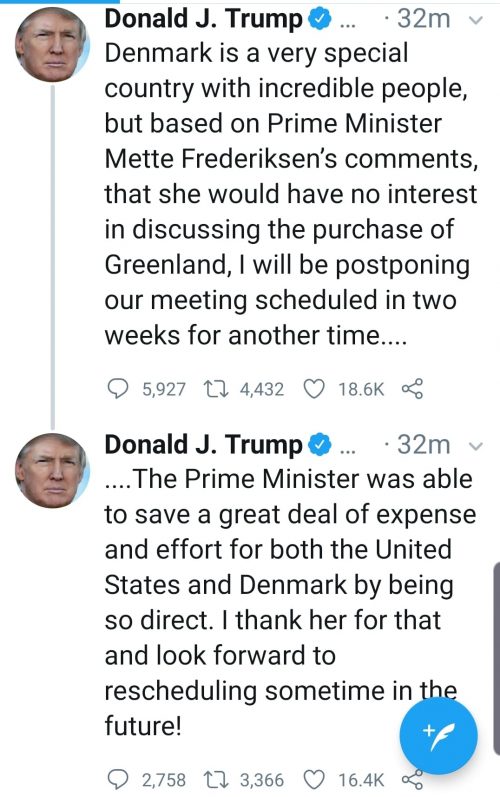 At least my spiders love me » « Synergy: Norovirus will allow you to poop and puke on ecological communities more effectively!